Clancy Smith, originally from south Mississippi, is a senior getting ready to graduate in May with her Bachelors in Journalism from the Meek School of Journalism and New Media. 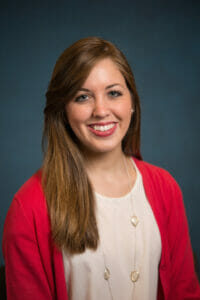 Smith has the drive and desire for great journalism as a student, as well as the passion and spirit for authentic and creative genius. She also just so happened to have placed fourth place in the National Hearst Awards for her journalistic insights and dedication.

It all started with the Delta reporting trip, commemorating the 50th Anniversary of the Voting Rights Act of 1965. Smith traveled along with high hopes of gathering insights for a profile on Georgia Congressman, John Lewis. Before he was known as a congressman, Lewis was a leader of the Student Nonviolent Coordinating Committee back in the 1960’s. Lewis happened to be present for the commencement for the Ole Miss Law School and Smith had the fortunate opportunity to interview him personally, on his trip back to the Memphis airport.

“So, I find myself in the car after the Law School Commencement with John Lewis, the Civil Rights hero, and the Dean of the Ole Miss Law School,” Smith said, “Which was terrifying, but really exciting — you know, he’s such a big piece of history, it was incredible.”

From there, Smith went on to spend countless hours, along with helpful members of the Meek School at the university to produce an award-winning profile highlighting Lewis’ work as well as his helpful insights. The interview and the submission of the Hearst Award were all thanks to Mr. Bill Rose, according to Smith.

“I have to give a lot of credit to Mr. Bill Rose, who was in charge of the magazine and also set up the interview,” Smith commented, “(He) was just a huge editor and mentor while I was writing the story. He really made that possible.”

Smith walks away not only with a $1,000 scholarship, but also allowed the Meek School of Journalism to be matched with funds for her contribution.

“I’m just really thankful for the people at the (Meek) School for giving me the opportunities and have been willing to work with me, spend countless hours editing, and helping me make work that can be really great, and can be award-winning,” Smith added.

Sam Mitchell is a staff writer for Hottytoddy.com and can be reached for questions or comments at smitche3@go.olemiss.edu.