Heaton: Who is Southern?

It’s a difficult question if you’re in the South. From my perspective here in the NYC metro area, non-Southern things stand out in sharp relief. As a frequent commentator of all things Southern, I often field questions regarding my authenticity. Here then is my confession: I’m just a wanna-be Southerner.

Now a little background. I was born in Pennsylvania, or Pencil-Tucky as some folks prefer. From the first grade to college (guess where) I lived in either Oxford or Southaven. However, the fact that I spent my formative years in Mississippi doesn’t make me a Southerner any more than my dog sleeping in the garage makes him a truck.

Now, if where paying attention I just gave you two clues that I am, in fact, a Southerner.

The first was that I confessed to being a “wannabe Southerner.” Northerners (or Yankees if you prefer), look at me like I have three heads when I say that. Y’all know exactly what I’m talking about.

The second clue was the phrase “dog in the garage.” Only Southerners have a ready quiver of sayings for every occasion. The rest of the country will just do with “bullshit.” By the way, I am not a cat person, so I would be okay with those critters in the oven. If you’re Southern you’ll understand that last comment too.

Southerners debate about things that completely flummox northerners. Food is an excellent kindling for an argument. I could illustrate with a thousand food topics (itself another clue), but since I grew up around Memphis, I’ll use BBQ.

Amongst Mid-Southerners, the BBQ debate always starts with “wet” or “dry”. I prefer dry ribs from the Rendezvous, and sandwiches from Top’s with cole slaw. (Anyone that sends me either gets a free signed book.) My Alabama friends prefer White BBQ. In Texas, it’s beef, not pork. In North Carolina, there are actually a series of bills and laws that relate to BBQ.

Side story: I inadvertently started a food fight on Facebook by asking for the favored brand of mayonnaise. Soon, I found it necessary to create a tactical diversion by starting a “tea” war, which of course escalated out of control and lead to the Flour War, the Grit War, etc.. If everyone was Southern there wouldn’t be time to fight shooting wars.

The only food folks argue about in NYC is Pizza. It is dough, cheese and tomato sauce. It takes about 45 minutes from order to delivery. Even the owner of Ray’s Pizza in NYC responded to a reporter’s gushing “What is your secret!?” by saying: ““What do you mean? You buy top-grade flour. You buy very good mozzarella. What else?”

Food is one of the main things that define a culture. When you hear “French” you might think: Soupe à l’oignon (aka French Onion Soup), Boeuf bourguignon, and soufflé. Spanish: Paella, Tapas, Sangria. British: Beef Wellington, Fish n Chips, Tea. Even people who have never been to the South will conjure up grits, fried chicken and pecan pie. North? Ah, hmm. Let me think…pizza?

Funny how no one runs around claiming to be a northerner. That’s an excellent indication that being Southern is something to aspire to. What then defines being Southern and who can be one? If you understood this article, I declare you to be Southern so far. Next week I’m going to write about Southern Hospitality.

Until then, Memphis BBQ really is the best. 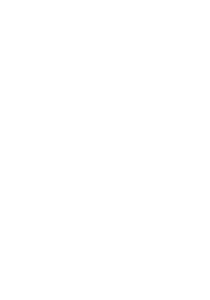