In the aftermath of 9/11 Congressmen from both the Democratic and Republican sides gathered on the steps of the U.S. Capitol to sing God Bless America.

That song, which many think of as America’s national anthem, was first sung by the remarkable Kate Smith, who Frank Sinatra felt was the best singer of her generation. Smith would later discover Lake Placid and felt it was the most beautiful place on earth, spending over 40 summers there. 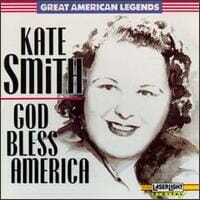 Her story, and the story of God Bless America, will make your week! Born in 1909, Smith was so talented as a child singer that she sang for WWI troops at age 8. “You must keep singing, child!” said General John Pershing. Despite never taking a voice lesson, before age 20 she had found Broadway. In astonishing fashion, this is how the newspaper reported her debut: “A 19-year-old girl, weighing in at over 200 pounds, is the discovery of the season.”

Mismanaged, she was typecast in comedy/musical roles that cruelly poked fun at her size. She was ‘Tiny Little’ in Flying High and subjected to lines of “when she sits down it is like a dirigible landing.” She would often cry in her dressing room.

A manager named Ted Collins of Columbia missed a train and decided to take in the show. He took her aside afterward and said she should forget comedy and focus solely on her remarkable singing voice. He signed her and when she debuted on a 15-minute radio show on CBS in 1931, America was mesmerized.

“When the Moon comes over the Mountain” was a hit song of Kate’s. As WWII neared, she worried about the state of our nation, and asked composer Irving Berlin to write a patriotic song for her. The creator of White Christmas went into his files and found the base form of God Bless America he had started years ago.

She sang it on radio on Armistice Day in 1938 and the nation fell in love with it. It moved people in a way unlike other songs. “Here is a song that will be timeless,” Smith said. “It will never die. Others will thrill to its beauty long after we are gone.” She would sing it all over and when WWII arrived no single show biz person raised more money for war bonds. In an 18 hour CBS radio marathon she raised $107 million, and over $600 million overall.

Smith would have over 600 hit parade songs over the years and received over 25 million fan letters. This was back before TV and her radio show was a massive national success.

Irving Berlin never took a dime from royalties from God Bless America. Neither did Smith. They gave all earnings to the Boys and Girls Clubs of America, raising over $10 million. 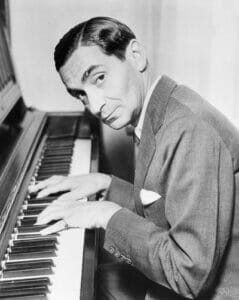 Berlin was born Israel Baline on May 11, 1888, in the village of Tyumen, Russia. His family fled to escape the region’s persecution of the Jewish community and settled in New York City in the mid-1890s. He knew no English; he grew up in poverty on New York’s Lower East Side. He taught himself music. He wrote the lyrics and melodies to more than 1,500 songs.

Smith made such an impact on American patriotism that when President Roosevelt introduced her to King George, he said, “This is Kate Smith. Miss Smith is America.”

Remarkably loyal to her manager Collins, when he suffered a heart attack in 1955 she stayed by his side refusing to sing again until he recovered. Miraculously, he did. 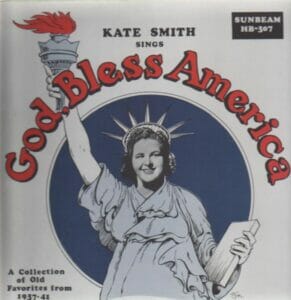 In the late 1960’s American patriotism was low and many attendees of sporting and entertainment events were disinterested in the National Anthem. The Philadelphia Flyers of the National Hockey League decided to air Smith’s recording of God Bless America before a game. The Flyers won. They did it later. They won. Each time they played it, they won as there was a special energy in the arena. 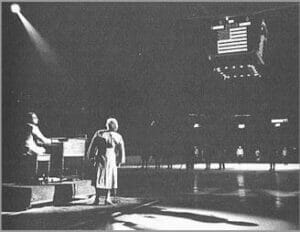 In Game 6 of the 1976 Stanley Cup Finals vs Boston, Smith was brought in. Two of the Boston stars, Bobby Orr and Phil Esposito, took her flowers before the game and shook her hand, fully realizing the impact of God Bless America and trying to stop that impact. Didn’t work. They lost.

Philadelphia was 97-28-1 when playing it before games, a staggering winning percentage.

Years later, when Smith was struggling mightily with diabetes, she got over 10,000 Get Well cards from Philadelphia fans, and they packed the arena to sing God Bless America to get to her on video. They built a statue of her that stands outside their arena to this day. 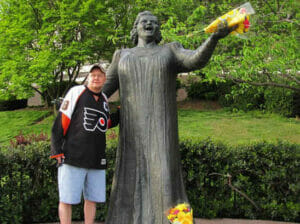 In my research and in development of my programs, I find it fascinating how all of it ties together. On February 22nd of 1980, when the U.S. Olympic Hockey team of Herb Brooks recorded the greatest upset in sports history by beating the mighty Soviets, the young men chose to sing God Bless America in the locker room afterwards. Over and over.

God Bless America,
Land that I love.
Stand beside her, and guide her
Thru the night with a light from above.
From the mountains, to the prairies,
To the oceans, white with foam
God bless America, My home sweet home. 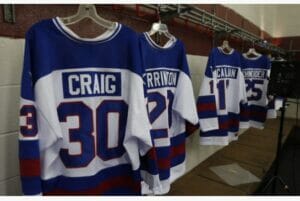 Some of the players hummed as they didn’t know all the lyrics, but they felt it was the right thing to do, after recording what would be the greatest sports moment in United States history. Ironically, two days later when the team won gold, the National Anthem was sung. ABC Broadcaster Al Michaels, now 70, says to this day never has he heard that song delivered with such passion as February 24th, 1980.

As a young woman in 1932, Smith came upon the mystical village of Lake Placid and would later call it her favorite place on earth. She owned a rustic summer estate on Buck Island. She would spend forty summers there and basically retire there. People would see her in her boat with her dog Freckles or walking the streets shopping for antiques. One 13 year old girl saw her and burst into tears realizing she was near Kate Smith. 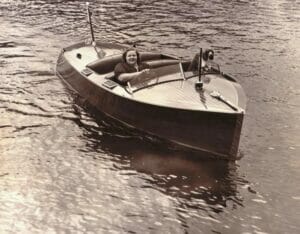 In 1982 President Reagan awarded her the Presidential Medal of Freedom, the nation’s highest honor. He said she was a true patriot.

Fittingly, the last song she sang was God Bless America on a bicentennial special just before July 4, 1976. She died on June 17, 1986 at the age of 79. A Presbyterian who had converted to Catholicism, she adored going to St. Agnes Catholic Church in Lake Placid. Smith had always had a great fear of the underground, refusing to ever use a Subway system. She had asked to be buried above ground there in the Church cemetery. The problem was all other graves were underground. Her body was put in a cold storage vault for over a year until they could work it out. One church leader said he felt like Kissinger trying to make all sides agreeable on the issue. Today. she is buried there…above ground. 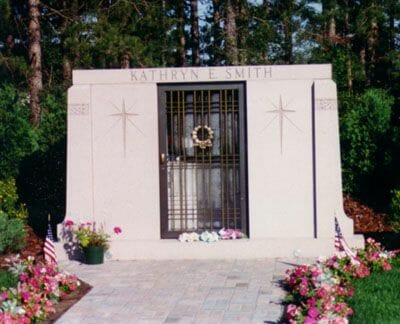 Below, I have put in a video of the historic day when Kate Smith sang God Bless America for the first time.