Adams: How a Dime Novel led a Man to Harvard, Yale, a Rhodes Scholarship and Olympic History

In the mystical village of Lake Placid, near the skating arena where the likes of Scott Hamilton, Dorothy Hamill and Sonja Henie have skated, there is a plaque that was pointed out to me. It has four names on it and an incredible story. Tom Cruise and director Michael Mann tried for years to get the rights to it, and after reading this you will see why. 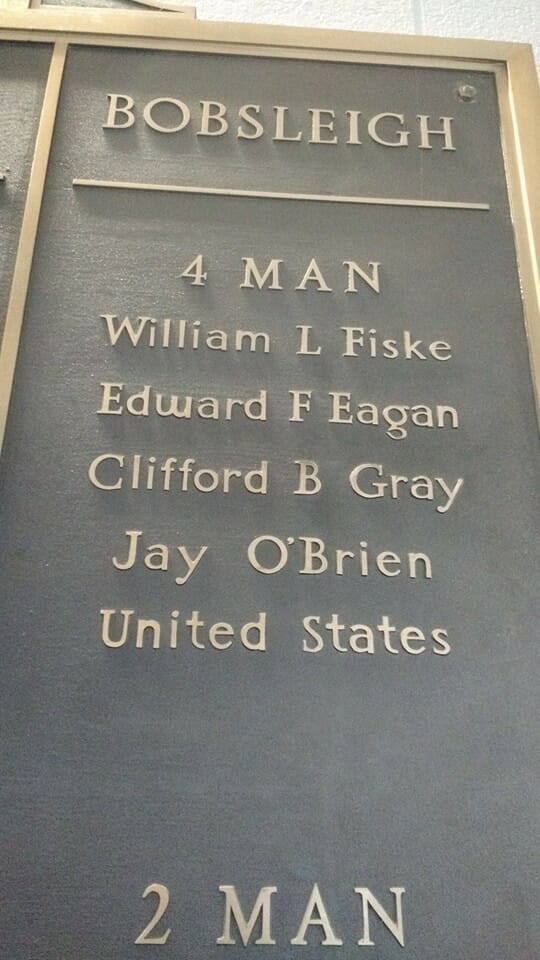 As I told the folks in Lake Placid on a research trip, your whole story is like a movie that was real. I continue to be fascinated by the heroic, dashing and romantic story lines, and how audience’s emotions are so moved by them. 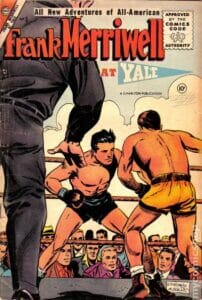 This week I wanted to share with you the story of Eddie Eagan and how a fictional book character propelled him to remarkable academic levels and achieving something NO ONE else has ever done in the Olympics.

A year after being born into a poor home in Denver in 1898, Eddie’s dad died working on the railroad. His mom raised him and his four brothers, making ends meet by teaching foreign languages.

Growing up, Eddie voraciously read the ‘Frank Merriwell at Yale’ dime novels. The fictional Merriwell excelled at football, baseball, basketball, crew and track at Yale while solving mysteries and righting wrongs (and we think we are busy!). In a way, Frank became the father figure to Eddie that he never really had because of his own Dad’s tragic passing.

Eddie would later say this of the influence of Merriwell on him: “To this day I have never used tobacco, because Frank Merriwell didn’t. My first glass of wine, which I do not care for, was taken under social compulsion in Europe. Frank never drank.” 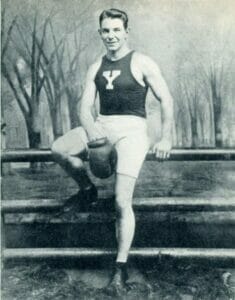 Gilbert Patten, who created the character, once said this: “The name was symbolic of the chief characteristics I desired my hero to have. Frank for frankness, merry for a happy disposition, well for health and abounding vitality.”

While at Yale, he made the 1920 U.S. Olympic boxing team and won the gold medal in the light heavyweight division in the Antwerp Games in Belgium! 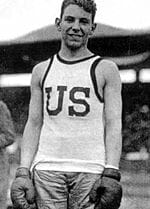 After getting his undergrad at Yale, he studied law at Harvard for a year and then accepted a Rhodes Scholarship at Oxford.

Yale. Harvard. Oxford! Olympic gold medalist. Who does that?!

After his studies at Oxford, Eddie went all over Europe challenging the best amateur boxers, and won ever match. Well, a guy living a surreal life like this might as well make his mark in marriage. In 1927, he married Margaret Colgate whose father was chairman of the board of Colgate-Palmolive. 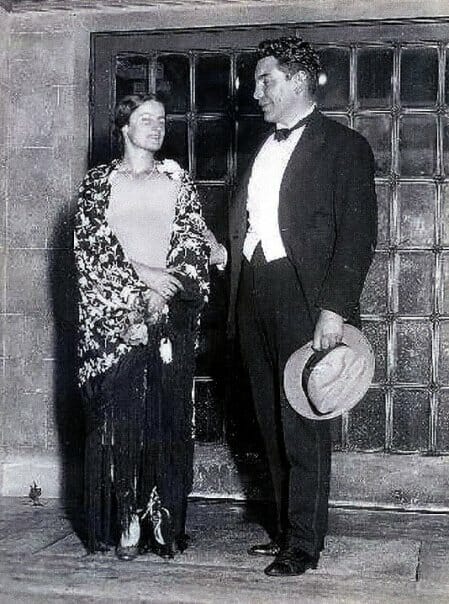 His law career built up and then one day he came home and said, “Honey, they want me on the bobsleigh team for the 1932 Winter Games in Lake Placid.” And why not, he was a natural at everything he took on, just like Frank Merriwell.

He had never stepped foot in one of those heat-seeking missiles until he got to Lake Placid. Amazingly, Eddie took to it like duck to a water, and with the fearless Billy Fiske driving (who Tom Cruise wanted to play in a movie for years) they sped to the gold medal! 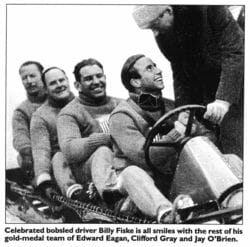 To this day Eddie Eagan remains the only person ever to win GOLD medals in different sports at the Winter AND Summer Games! 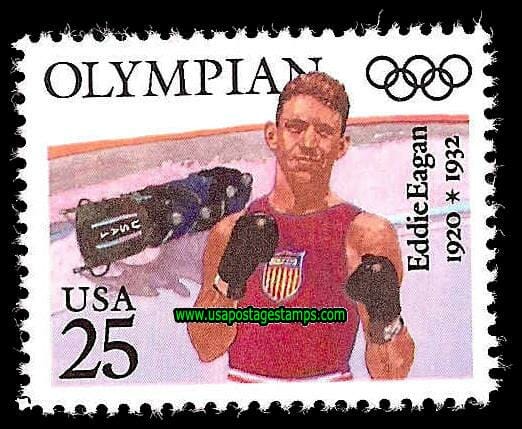 That’s the kind of thing that will earn you the honor of being on a United States stamp.

Young people today need to know the story of this man, who came from poverty and overcame the odds to get highly educated and achieve Olympic immortality. 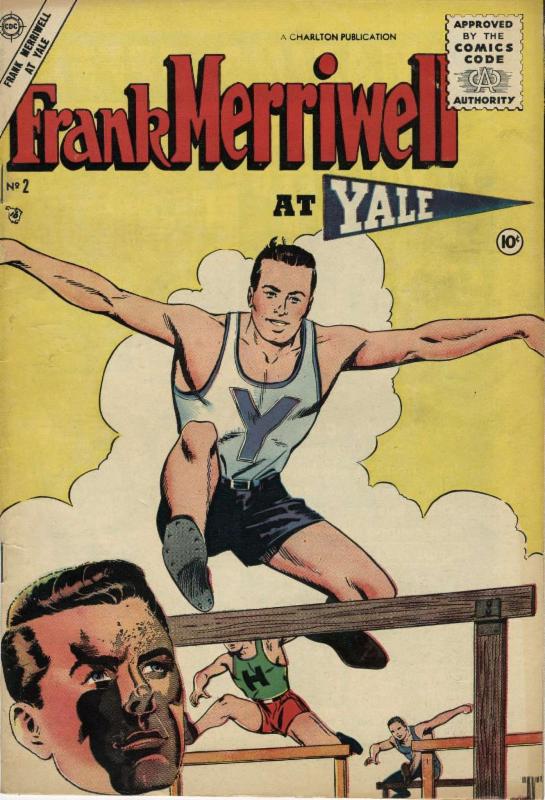 Buckle your seat belts, as below I have put in a blistering video of their run to the gold in 1932. Fiske, the pilot, was a human daredevil, taking the sled to the max. The Lake Placid course was dangerous. Before them, a team had soared off it at 70 mph into the woods. “We raced up the slide,” remembered Edward J Neil, a journalist covering the race for Associated Press, “and helped carry the four battered blood-soaked unconscious forms to the ambulances. One had a fractured shoulder, a broken hip, a fractured spine and skull. One’s skull and wrist was broken. The calf was all but torn from one man’s leg.”

Below, is the run of the four men on that plaque. Billy Fiske, Eddie Eagan, Clifford Gray, and – get this – Jay O’Brien, who was pushing 50 years of age and for the longest time would hold the record of oldest man to win an Olympic gold medal. Fiske would take them to within inches of disaster.

“That run will always be vivid in my memory,” Eddie later said. “It took only about two minutes to make, but to me it seemed like an eon. I remember the snow-covered ground flashing by like a motion picture out of focus. Speeding only a few inches from the ground without any sense of security, I hung on to the straps. My hands seemed to be slipping, but still I clung.”

He served as an Assistant U.S. Attorney for Southern New York from 1933-38) and volunteered as a colonel in the Army Air Corps in World War II. President’s Eisenhower, Kennedy and Johnson had him work what would later became The Presidential Physical Fitness Awards,

He joined Jesse Owens, Wilma Rudolph, and Mark Spitz, among others, in the inaugural class of the U.S. Olympic Hall of Fame.

While he is not real, somewhere a dime novel character named Frank Merriwell is smiling.