Heaton: Where to Find Southern Hospitality 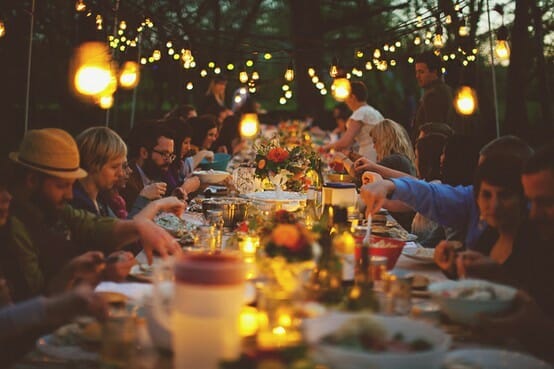 First, a little history. The tradition of “Southern hospitality” evolved out of the South’s agrarian origins. Before the mid-20th century, traveling to one’s closest neighbor was a major undertaking. Inns, taverns and other public houses were rare in the South because settlements were widely dispersed. Consequently, finding a home-cooked meal was a necessity for travelers and also a welcome diversion for the host family. In 1835, the journalist John Abbott traveled throughout the South and coined the term “Southern hospitality” to describe the way people opened their homes and shared whatever food and drink they had with travelers.

I have noticed lots of contemporary commentary from visitors claiming that Southern hospitality was a dead or a myth. On closer inspection, it was because these visitors were looking for it in a bar, restaurant or hotel. That’s like setting a milk pail under a bull. One doesn’t pay for hospitality, it is a gift, freely given just as it was in John Abbott’s time. A Southerner’s home is chock full of hospitality clues if you know where to look. No, not the pineapple knickknacks. The evidence is the extra place settings at the table or the stash of Coca-Cola — just under the can of salmon in the pantry. These are the telltale signs of the unexpected guests contingency plan.

Part of my mothers’ contingency plan is salmon croquets. My dad wouldn’t touch croquets with a rented 10-foot pole, so I wondered why there was always cans of salmon in the cupboard. Then recently, someone mentioned their family kept a can of salmon in case of company. Sweet fancy Moses on buttered toast! Soon I discovered other families who have the Spaghetti Plan, the Breakfast Plan, and the Anything on a Biscuit Plan. Strangely enough, my cupboard here in Jersey has a can of salmon. I don’t know how it got there, but now I know what it wants — unexpected dinner guests.

I learned a valuable lesson in Southern hospitably from my mom. One Christmas break, my wife and I flew down to visit my folks from New York City. After we arrived at my parents house in Water Valley, it began filling with visitors. As supper time drew closer, I looked in the refrigerator to find a turkey carcass, a fossilized fruit cake, and a half bowl of potato salad. After living in New York City, I felt that I knew all there was to know about entertaining — and everything else of course. The cupboard was bare. Piggly Wiggly was closed. I broke into a cold sweat. My mom just ignored me. She sliced the remaining turkey onto yeast rolls, splashed some rum on the fruit cake, and stuck a spoon in the potato salad. After that, nothing but miles and miles of smiles from her guests. Salmon was on standby, but not needed. Since then, this scene has repeated itself time and again – except that now I relax and enjoy how effortless entertaining is for Southerners. It’s like a can of corn and a pop-fly.

I always advise my Yankee friends to follow the Southern philosophy on entertaining and to never run out of ice, beverages and music. A rum-soaked fruit cake won’t hurt any, but offering whatever you have is the secret to Southern hospitality. Just as in the 19th century, the meal does not have to be gourmet, opening your home is what guests treasure. 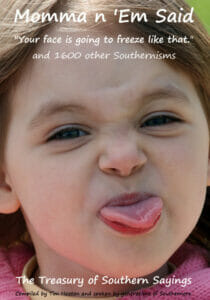