This past Friday, I had one of the proudest and patriotic days of my life as my son Jack Adams, who was born in Oxford in 1992, graduated from Navy Boot Camp. As I wrote here a few months ago, he had made the commitment to serve his country in the Navy and has jumped in with both feet.

I took the picture below just after the ceremonies last week at Great Lakes Naval Station north of Chicago. 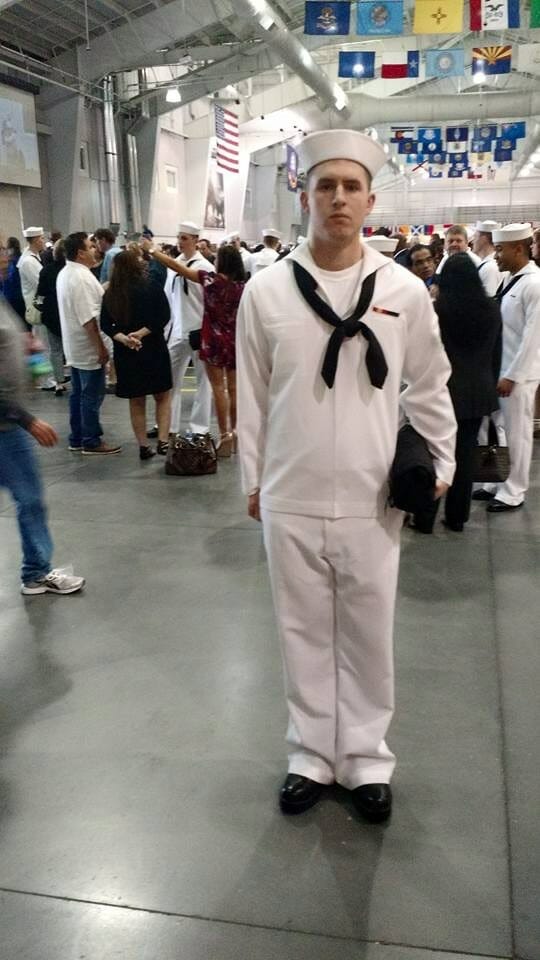 I had not seen him since he left for Basic on March 15th and it was remarkable to see the positive changes. He had been up to 211 pounds beforehand and was at 170 last Friday. The physical and mental challenges had grown him in a way I had not seen before. His visits with the chaplain had grown him spiritually. It was such a positive thing to see. 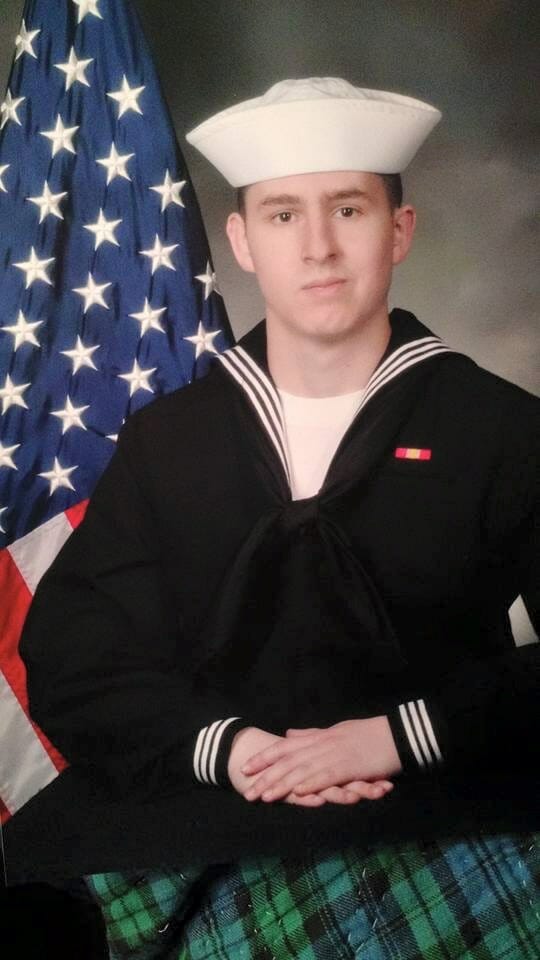 He was telling me the diet and nutrition there was such a factor. No sugars. He was telling me how the positives from that, including so many there whose complexions had cleared up, as well as fitness gains. There were about 700 in his graduating class and I have never seen a group of better fit young people in my life.

The ceremony itself was remarkable. Wave after wave of divisions marched in as proud family members cheered and wept tears of joy. When you think of all the negative things going on, this was such an uplifting event that reminded us what our nation was made of. 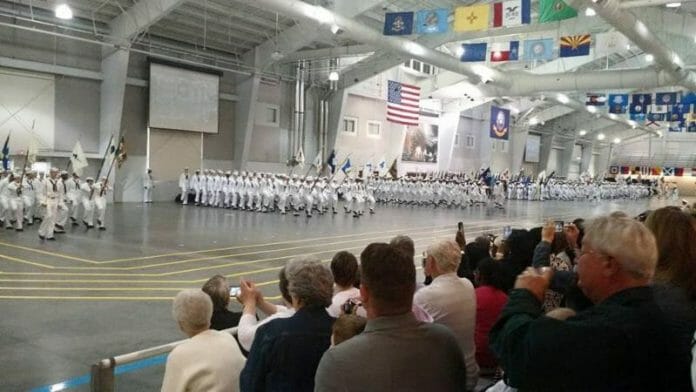 This history of the Great Lakes base near Chicago goes back to President Teddy Roosevelt at the turn of the 20th century when he gave the nod to have it built.

Between the attack on Pearl Harbor on Dec.7, 1941 and the surrender of Japan on Aug.14, 1945, more than 16 million Americans served on active duty; over four million in the Navy.
One million of those Sailors were trained at Great Lakes.

During Jack’s graduation, a commanding officer said they often think of 90 80 70. 70% of the world is water, 80% of the world lives on or near the coastline and 90% of our commerce sails across it. Any disruption in that chain caused by instability has a direct impact on American quality of life. It was his way of sharing the importance of what they do to serve and protect.
Among the most famous Sailors who graduated from Great Lakes at the start of WWII were “The Five Fighting Sullivans,” who all were lost in the torpedoing of the cruiser USS Juneau at the Naval battle of Guadalcanal on Nov. 13, 1942 – Joseph, Francis, Albert, Madison and George. Ever since, the Navy has not allowed siblings to serve on the same ship.

During Jack’s ceremony last Friday I took the picture below that happened to align four veterans that had served on the USS Chicago. Many alums from the ship came out to see the graduation and to witness the next generation of young people going into service. 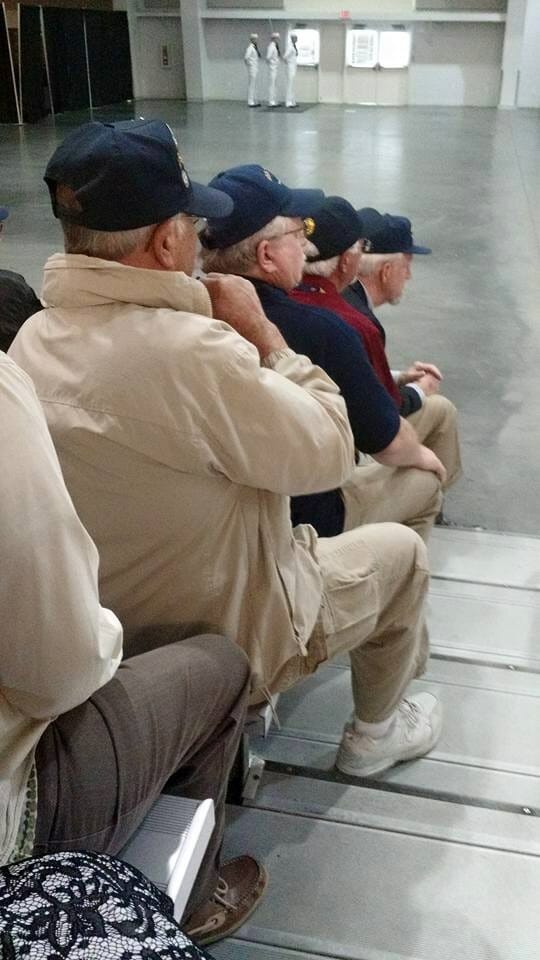 Later that night Jack boarded a flight out of O’Hare Airport in Chicago for Pensacola where he will undergo two months of specific training and then be assigned to a base or ship or carrier.
His graduation was Friday morning so we as family members had him for about 8 hours until he had to be back to base. As the picture below shows, we went to nearby Six Flags Great America. 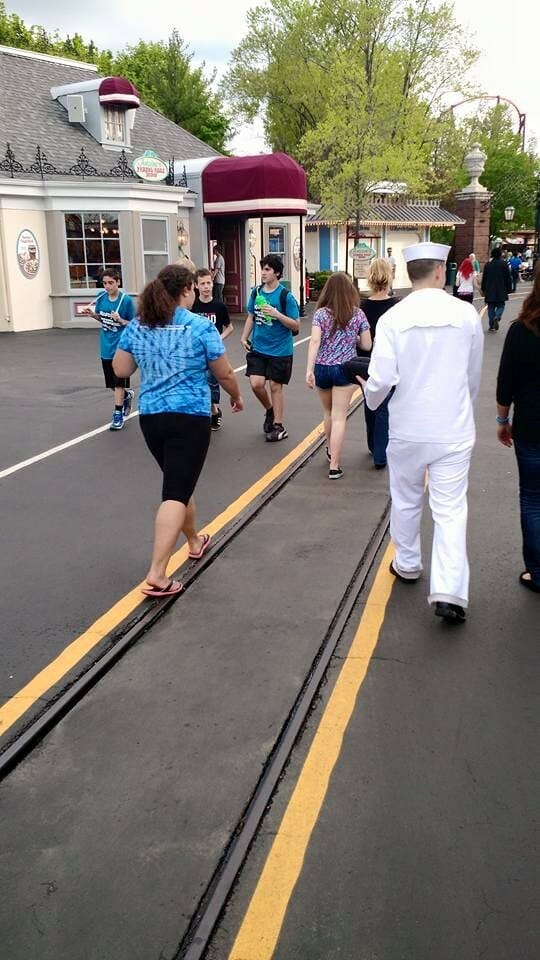 One thing I noticed was that as Jack walked around in his Navy while all kinds of men and women made a point to thank him for his service, and many shared what department of service they had served in years ago.

Well, so many of you were nice enough to write me back a couple months ago when I first wrote about Jack entering the Navy, so I wanted to update you. I appreciate you taking the time on Tuesdays to ready the weekly inspirational e-newsletter, as I know you are very busy.