Americans visiting Morocco for the first time are in for a happy surprise. I certainly was. The land, the cuisine, and the visual aesthetics of the culture are astounding, and the people are warm and generous. 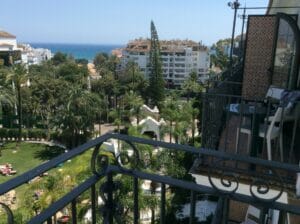 Morocco straddles the Atlantic and the Mediterranean opposite Spain and Gibraltar. Only 12 miles apart at their closest coastal point, Moroccans and Spaniards (and other Europeans) cross the international borders regularly by ferry.

Fertile and blessed with fresh water, the northern part of the country is dotted with small farms providing a cornucopia of fresh fruits, vegetables, nuts, meats, eggs and dairy. The cuisine is simple but flavorful. Zucchini, carrots, sweet onions, peppers, cucumbers, potatoes, tomatoes, okra, green beans, fava beans, and an abundance of herbs are currently in season, along with oranges, sweet lemons, peaches, apricots, and melons of many types. Dates, figs, cane sugar, walnuts, almonds, pecans and peanuts are abundantly and locally sourced for Moroccan cuisine. 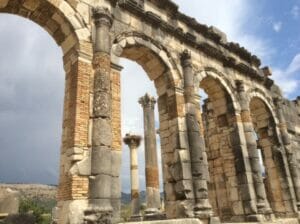 Olive trees dot the landscape; olives are such a culinary staple that any table setting omitting olives is considered incomplete and inhospitable. Although meat is not consumed at every meal, chicken and eggs are a staple of the Moroccan diet, along with turkey, lamb, beef, and goat, depending on the region.

About the size of California, modern-day Morocco has been inhabited by some type of human or another for over 400,000 years – in the Rif Mountains of the northeast, the Atlas Mountains of the south, and the desert to the west. Three groups of Berbers make up over 60 percent of the modern population, having occupied much of the land since at least 2,000 years before the Phoenicians colonized the coast between the 8th and 6th centuries BCE. 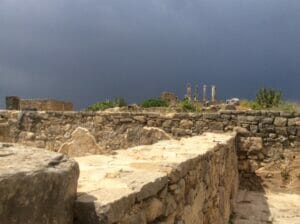 The Romans annexed the land around 40 BCE, with a strong settlement at Volubilis in the fertile plains, but were overrun by Vandals in the mid-5th century ACE. What followed afterward included a mishmash of partial occupations and attempts at control by everyone from the Byzantine Empire and the Fatimid, Umayyad, and Zenata warlords, to the 15th century Portuguese, and the much more recent French and Spanish (Protectorate zones from 1912 to 1956).

The fierce Ottoman Turks failed to conquer (only) the Moroccan lands. Islam was brought to the country in the early 8th century ACE, and the Berber population quickly imprinted it with their own culture. Moroccans are fond of pointing out to visitors that theirs is a tolerant culture, having hosted the three monotheistic religions of Judaism, Islam and Christianity since antiquity. In 1781, the Moroccan king was the first ruler of any nation to recognize the United States as an independent country. 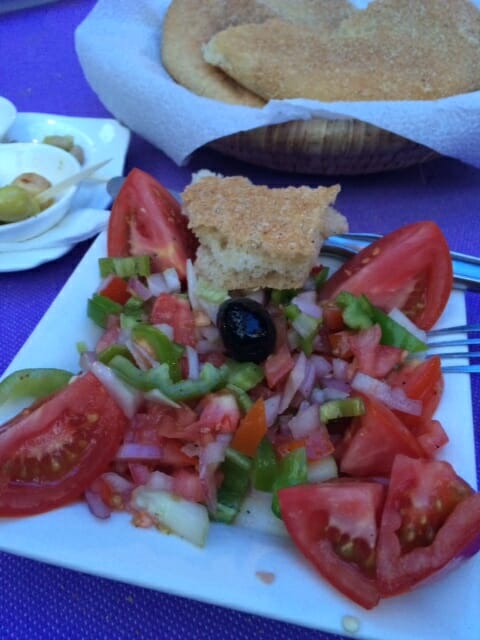