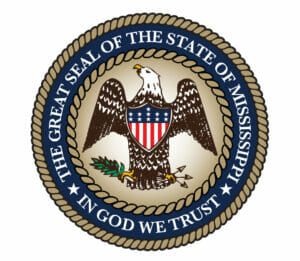 Recent research conducted by universities in Hong Kong and Indiana suggests that Mississippi has more than just crooked letters – it has a crooked state government, too.

In 2014, Fortune Magazine named Mississippi the most corrupt state in the nation – a title that reportedly costs the state 5.2 percent of its average expenditures per year.

According to the article, the research studied more than 25,000 convictions of public officials for violation of federal corruption laws between 1976 and 2008. It also studied patterns in state spending to develop a corruption index that estimates the most and least corrupt states in the nation.

“I have been railing about this ‘study’ since it was first reported,” said Charlie Mitchell, Assistant Dean of the Meek School of Journalism and New Media at the University of Mississippi. “As the story says, the inventory covered the years 1976-2008. That included the peak of Operation Pretense which, as you will recall, landed dozens of people in the dock for alleged bid-rigging on culverts, sweetheart deals on gravel, digging graves in church cemeteries and such.”

Fifty seven of Mississippi’s 410 county supervisors for 26 counties were charged with corruption in the 1980s during the FBI’s ploy code-named Operation Pretense. The case was so notable that an episode of Sixty Minutes spotlighted the sting.

“[Operation Pretense] resulted in a statistical peak,” he said. “Again, any corruption is too much corruption, but perspective matters. This is far from a current inventory, as it ended seven years ago, and, of course, it includes the 1980s when the FBI went on a rampage of sorts.”

Southern states dominated the of the country’s most corrupt states, with Louisiana, Tennessee, Alabama, Kentucky and Florida joining Mississippi in the top 10. In all of the states but one (South Dakota) state spending was higher than average. Research also found that states with high levels of corruption tend to favor construction, salaries, borrowing, correction, and police protection at the expense of social sectors such as education, health and hospitals.

The article reports that corrupt states tend to have better-paid public servants, including police and correctional officers. Researchers argue that the need for correctional officers is greater because the extent of corruption is higher in states with high numbers of convictions of public officials.

“I don’t doubt that Mississippi officials misbehave on par with those of other states, but context matters,” Mitchell said. “Repeating this ‘we’re the worst’ narrative without realizing the time frame and that remedial laws were passed creates an inaccurate picture.”

Beth Harmon is editor for HottyToddy.com. Email her at beth.harmon@hottytoddy.com