Two Oxonians were among 61 food writers from around the nation honored last week at the 2015 annual Association of Food Journalists (AFJ) conference in Saint Petersburg, FL. The three-day conference highlighted pertinent food world issues, Florida food, and the results of the organization’s annual food writing competition.

AFJ awarded John T. Edge its second Carol DeMasters Award – the association’s highest honor – for his significant contributions to the field of food journalism. Edge is director of the Southern Foodways Alliance (SFA), an Institute of the Center for the Study of Southern Culture at the University of Mississippi (Ole Miss).

The AFJ food writing competition attracts submissions from print and electronic food writers across the journalistic spectrum, ranging from major metropolitan newspapers, to magazines and online media publications. AFJ membership is not a requirement for submission.

The AFJ is a 41-year-old professional organization dedicated to preserving and perpetuating responsible food journalism in all media. AFJ recognizes that responsible food journalists serve their communities by stimulating more informed conversations about what we eat and why. Its 240-plus-members maintain strict ethical standards – not advertising or promoting specific food-related businesses. Both Edge and Triplette are AFJ members.

This year’s AFJ conference was held at the Poynter Institute in Saint Petersburg. It was a fitting location for the seminars, panels and lectures that focused on the changing 21st Century environment for food journalism, in which product-sponsored blogs now rival major publications for audiences. The Poynter Institute is recognized globally for its journalism mission to provide instruction, innovation and resources for anyone aspiring to engage and inform citizens in 21st Century democracies.

Here’s a brief rundown on what was covered during the three-day conference:

The AFJ annual conference always features the foods and food culture of the host location. As might be expected, Florida’s Gulf seafood, caviar and local farm-sourced fare were the highlights of the cuisine. Attendees experienced the local sourcing of Locale Market’s meats, seafood, dairy and produce, and explored the world of sea salt with Sea Salt Restaurant chef/owner Fabrizio Aielli, who uses 130 different types and flavors from around the world for his innovative dishes. They also toured Bern’s Steak House and its affiliate, the Epicurean Hotel, and nearby Haven Restaurant, sampling taste-teasers such as lamb meatballs, mini-éclairs, multiple flavors of French macarons, cheeses and wines.

A highlight of the week was “Emeril’s Taste of Florida.” The art-and-food culinary extravaganza held at the Saint Petersburg Museum of Art was based on the Cooking Channel’s “Emeril’s Florida.” It is not hyperbole to declare that the many flavors provided by 16 chefs, farmers and food artisans were extraordinary. (Check out the food album below.) 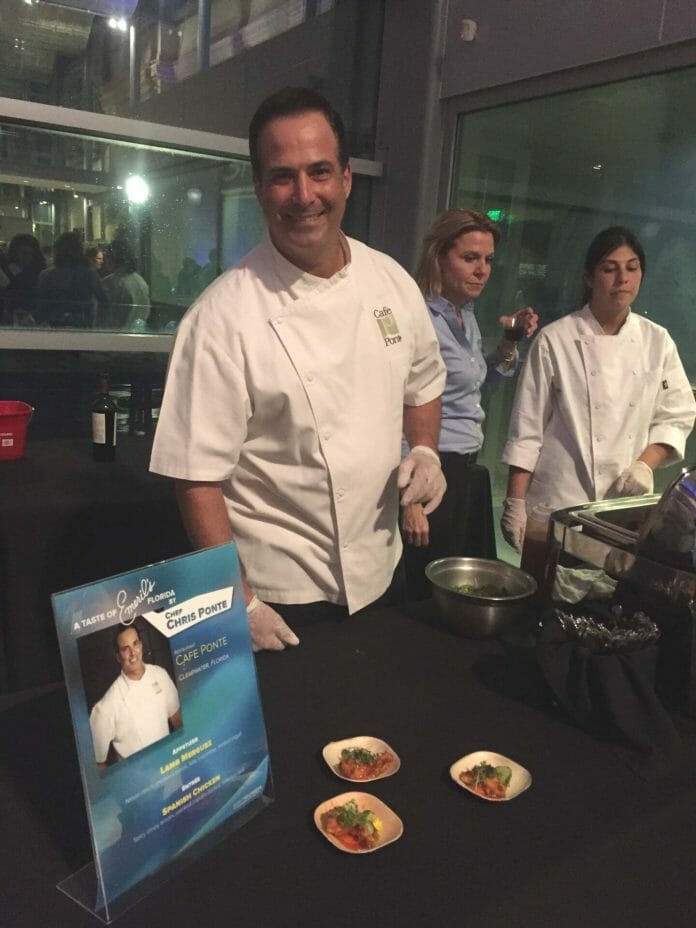