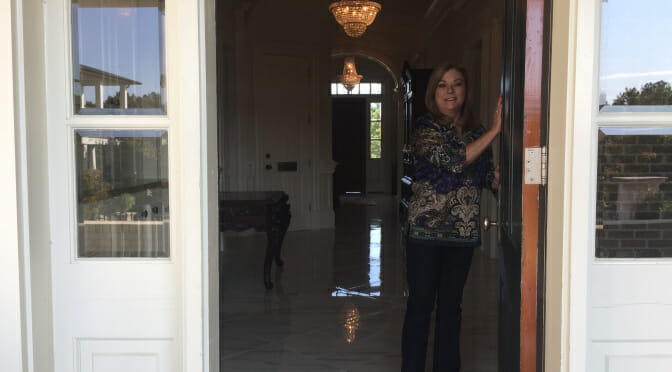 Colonel’s Quarters at Castle Hill, a local wedding venue and bed and breakfast, is now offering Sunday afternoon weddings at half price for brides on a budget.

“I’ve had so many brides that have toured and not booked here simply because it was out of their budget,” owner Jean Abrams said. “I thought it would be a good way to allow some of these smaller lower budget weddings to be able to enjoy our facility when they might not have been able to otherwise.”

“One of the drawbacks for brides and their families was what would they do in case of rain or inclement weather,” Abrams said. “The only solution at the time was they would have had to rent a tent. Tents can run up to $5,000. A lot of people don’t have that extra money in their budget, so that’s when we decided we needed an indoor facility.”

Abrams said building the ballroom was the right move. They went from holding 18 weddings in 2014 to 27 weddings for 2015. She already has 20 weddings booked for 2016, and it is not even engagement season yet.

Abrams, a Mississippi native and Ole Miss graduate, moved back to Oxford in 1999 with her husband after living in Jackson for 20 years. Their intent was to build a family home, but it sparked a successful wedding venue and bed and breakfast.

The couple bought 150 acres of land in 1997 and started building their home. They built their guesthouse first, then pool and courtyard. Construction started and ended on the main house in 2001.

In January of 2003, Abrams received a call from an Ole Miss student interested in having her wedding reception at their property in June.

“I was kind of floored, but I said, ‘Sure, come out and take a look,’” Abrams said. “She wound up doing her ceremony and reception out here. It was a start, just by word of mouth. I didn’t have a website, and I didn’t do any advertising. I think we did maybe eight weddings the next summer.”

Abrams’ favorite part of running the business is getting to meet new customers.

“I would say 80 percent of our weddings are Ole Miss brides and grooms,” Abrams said. “They may live in different states now, but they want to come back to Oxford and get married where they met.”

During football season, many of their bed and breakfast guests are out-of-state parents. She has gotten to know some parents well because, once they stay with her, she said they keep coming back.

“I picked Castle Hill over all the other bed and breakfasts because I liked the variety and uniqueness of rooms they had,” Ole Miss parent Erin Stuckey said. “It was a huge property with a gorgeous pool and a beautiful-wrap around balcony with swings.” 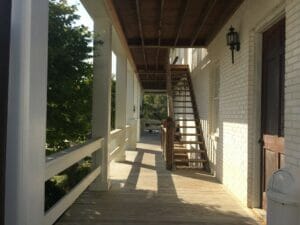 Stuckey booked Castle Hill when visiting Oxford with her daughter for the first time. She said waking up to their beautiful land was one reason they fell in love with Mississippi.

“I felt like we were staying with family,” Stuckey said. “The people who worked there went out of their way to make us feel comfortable. I loved all of the personalized attention that was given to me. It was the first time I really experienced what Southern hospitality was like.”

The business offers seven rooms ranging from $130 to $225 a night depending on the room and day of week. Breakfast is served each morning cooked by a full-time chef, who serves everything from French toast to bacon and grits.

Because of the small number of bed and breakfasts in Oxford, Abrams said she doesn’t need to compete with them. There is enough room for everybody in this town.

“I think people like us because we are unique,” Abrams said. “We’re five miles from the Square. You can be in town in five to ten minutes, but once you’re out here, you feel like you’re in another world.” 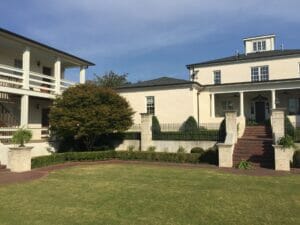 While football weekends fill up the inn in the fall, spring is their busiest season for weddings. Weddings of 100-200 people are the most popular and have a set facility fee of $4,600. That price includes tables, chairs, linens, and the event coordinator. Food and drink are priced separately.

Abrams never thought she would be running a business of her own. She spent most of her life working as a nurse, but resigned in May because she could no longer balance both careers.

Abrams’ husband has owned several businesses in the past, but now focuses solely on Castle Hill. She said she knew they had become successful in the past few years when business started to skyrocket. She still cannot believe what it turned into. 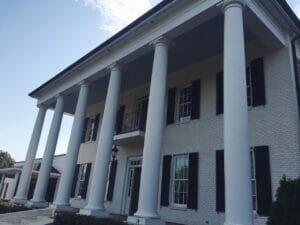 “We just wanted to build what looked like an old antebellum home,” Abrams said. “I’m still blown away by what we have created here.”

“I still think of ourselves as being a very small family-owned business,” Abrams said. “We just work hard as we can. Our brides are extremely important to us, and we want them to be happy.”

Abrams said hard work has made her a successful business owner. She advises entrepreneurs to research the business they want to start and check out their competition in the industry.

“If you decide to go forward, jump in 110 percent,” Abrams said. “Wake up scared to death every morning that it’s going to fail. That’s what’s going to motivate you.

Article by Kailen Locke as seen on OxfordStories.net.