Twenty or so years ago, ‘privatize’ became a big word.

The trend had started slowly.

Municipalities that owned garbage and trash collection trucks and paid city employees to operate them starting “contracting out” the job to private industry. Waste Management Inc. was on its way. Today, WMI, a business that barely existed not too long ago, is a Fortune 500 company with 20 million residential, industrial, municipal and commercial customers.

Initially, a few people scratched their heads, wondering why any enterprise would be interested in a traditional government role that was seen as necessary, but thankless. But it worked.

The term “privatization” was born. The term is no longer used but the practice is everywhere.

Today, many schools, universities, local jails and prisons “contract out” food service. These are turnkey deals. Cafeteria personnel don’t work for the school or for the city or county. They work for a private company that is paid (in the case of public schools, jails and prisons) or operates on a profit-sharing basis (with universities).

Fewer school districts now own or operate a fleet of buses. Instead, they write a check to a provider firm that owns the buses, hires the drivers — and makes money doing so.

There are plentiful additional examples at the local level — ambulance services, data and records management, meter reading and such. Even law enforcement. Remember red-light cameras that sent automated tickets? Those were privately owned and operated with a cut of the “ticket” money going to the local treasury. The vendors’ selling point to town councils was that the cameras generated a new, painless revenue stream. (Turns out the cameras weren’t so painless, so the Mississippi Legislature wisely banned them.)

At the state level, lawmakers dabbled in various experimental programs. Collection of past-due child support payments was briefly “privatized” by the Department of Human Services on a profit-sharing basis with a private collection firm.

An idea that took off when incarceration rates started skyrocketing was for-profit prisons and jails. A few were built with local sheriffs as investors. It was a neat way to supplement their salaries. Most, of course, belong to large corporations.

At the national level, there’s been more privatization, too. At the peak of Vietnam, 550,000 military personnel were in Southeast Asia. At the peak in Iraq, 158,000 were deployed. The difference? In Vietnam, some military personnel were cooks, clerks, mechanics and such. In Iraq, the cooking, cleaning and most other support tasks were “contracted out” to private industry.
Kellogg Brown and Root. Fluor. Blackwater. The contractors collected $138 billion for work formerly done by soldiers.

Now, to education. That’s a topic on the minds of many Mississippians due to the Initiative measure on this week’s ballots.

Into the mix of public and private colleges and universities has come a plethora of education industrialists. They have found the marketplace for knowledge quite lucrative. And are more than willing to take this “liability” off the public table.

A person can’t watch TV for five minutes before seeing one of their commercials. It takes very little research to learn that few of them deliver anything close to what they promise. They sign people up, file for grants and loans and cash the checks. Some do more. Many don’t.

Legislators in Mississippi have been approached time and again about “charter K-12 schools.” To their great credit, lawmakers have been cautious about paying out state money for privately operated public schools so far. Perhaps they know it’s really hard to legislate quality, and a reality of the charter school industry is that some are exceptional performers — and others are out to make a quick buck.

Regardless of this week’s ballot outcome, education will remain a topic of much conversation in the halls of the Capitol. While public education officials are prohibited by law from lobbying, lobbyists for “privatizing” K-12 have a lot of money to spend.

The temptation to take public schools off their plate by writing a check — as has been done with garbage collection, prisons, food services and so much more — was there before Initiative 42, It will continue to be there.

Here’s hoping the legislators will continue, as they have in the past, be very circumspect about handing off this responsibility until or unless they are 100 percent positive a corporation will take the future of the state’s children — and of the state — as seriously as the topic deserves. 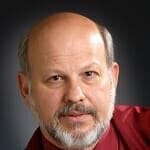