The Death of Dean Swift Faulkner

Today is the 80th anniversary of the death of my late wife Dean’s father, Dean Swift Faulkner, who died in a plane crash in Thaxton, during an air show on Nov. 10, 1934. 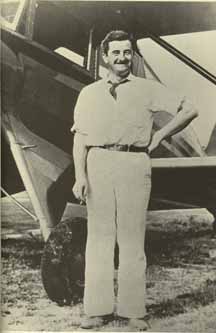 William Faulkner was devastated by his brother’s death, especially because he had given Dean his Waco II bi-plane. Three teenage passengers also died in the crash that day: Bud Warren, Henry Graham and Lamon Graham. My wife and I visited the crash site at the Graham farm at Thaxton, where we were told what happened when William arrived on the scene, eighty years ago today.

Dean described her uncle’s reaction in her memoir, Every Day by the Sun:

William drove by himself to the crash site at Thaxton. He found men working with blowtorches and hacksaws, racing against darkness to remove Dean’s body from the wreckage. The Waco had been almost completely destroyed, its nose buried deep. It had gone down in an open spot in a wooded area about ten miles from the Pontotoc airfield. Under a towering oak, the bodies of the Graham cousins and Bud Warren lay in a flatbed truck. They had been hastily covered with bed sheets. William went to the plane and looked inside. The impact had driven the engine through the cockpit and smashed into the passengers. When William saw what the crash had done to his brother, one of the Graham kinsmen overheard him say, “Hell, Dean, is that you?”

At five o’clock that afternoon, after the bodies had been taken to the funeral home in Pontotoc, a crowd was still standing around the plane, many of them Dean’s fellow pilots, staring at the crash site in disbelief. Part of the red fabric covering the top left wing had ripped away. 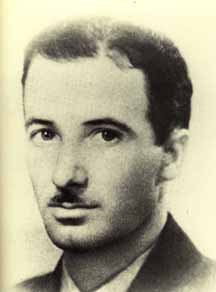 On Armistice Day, Nov. 11, 1935, the story of the crash appeared on the front page of the Memphis Press-Scimitar. The article stated that “an unofficial investigation disclosed that the control was on the right side and the wheel in the lap of Red Graham [which] would indicate that the student-pilot had taken control.” The story ran with pictures of the Waco and of Dean’s pilot license photograph. He was 28, Red Graham was 24, Henry Graham 21, Bud Warren 21. The three were buried the day after the crash in Sand Springs Cemetery, “the cemetery near where the wing fabric fluttered to earth.” Finding fault for the crash is beyond mortal consideration.

Larry Wells is a HottyToddy.com contributor and can be reached at lwells@watervalley.net.

Plenty of Sports, Fun Planned for Oxford This Weekend