Mitchell: Being America Is Hard, And Not Getting Any Easier

Hillary Clinton doesn’t have to wait for Christmas to get her gift. Donald Trump has been her Santa. He’s outrageous, so he commands all the ink and air time — so all her skeletons sit safely in the cupboard.

That brings us to this: If Trump believes closing the borders to Muslims and, presumably, ejecting followers of Islam who happen to live here, will make us safe, then how can he oppose confiscating firearms, too?

Some say Trump is dumb. Others say he is dangerous. Without addressing those matters, one thing is clear: He isn’t big on logic.

If one is reasonable and logical, then so is the other. Neither is compatible with the nation’s core values.

But before discussing American values, let’s ponder the values of ISIS. It won’t take long.

ISIS is a death cult, the manifestation of evil. Its 30,000 followers on this planet of 7.3 billion envision a “cleansed” planet where any and all who disagree with its absolutist tenets, are eliminated. Its strategy is to wage a war of attrition and terror, no matter how long it takes. The cult values fear and intimidation — and nothing else.

Now let’s remember what it means to be an American. Being America and being American is hard, and it’s not getting any easier. The reason is because we are a continuing experiment.

Think about it this way: It was easy to be Russian under Stalin, Chinese under Mao, Iraqi under Saddam. Historically, it was easy to be British or French under a monarch. All a person had to do was keep to himself, avoid saying or doing anything to draw attention. People didn’t have to make any decisions, just do as they were told.

Similarly, it’s easy to be a member of ISIS. Do as told, or die.

America, when formed, could have followed a top-down model. There were those who strongly believed that George Washington should be named king; that he should run the nation from a throne. That argument didn’t carry the day. Instead, there was a risky decision: Let people make the rules.

But doubts notwithstanding, the Constitution was adopted. Freedom became Value No. 1. Efficiency was still desirable, but not at the cost of personal liberties.

The values of the nation are rooted and defined in the Declaration of Independence. These are not words we recite in fifth grade. We live by them and must not forget them when times are bad. We believe, quite simply, that man’s natural state is freedom from arbitrary controls and, as a consequence, no form of government is legitimate unless the people consent to its existence.

With management of their own lives at center stage, decade after decade of remarkable advances followed. It wasn’t smooth. It wasn’t easy. Several wrong turns. Several bad decisions. But unprecedented freedom spurred people to figure things out — in the sciences, in manufacturing, in commerce, in society. Incremental progress has been made toward that moving target called “a more perfect society.”

People talk about “American Exceptionalism.” It’s real, but it didn’t arise from thin air. It can be traced to the fact that people were left to do pretty much as they pleased.

In recent months, horrors have been inflicted in this and other nations by ISIS, which has shown a desire, a willingness and an ability to wreak madness everywhere in the world.

We all want it to stop. And it’s not surprising to hear ideas such as border-sealing, carpet-bombing or ejecting all who practice the religion the ISIS adherents falsely claim to practice.

The question is whether in facing this very evil we set aside what it means to be America. It has never been easy to be America, to be an open society where the values of individuals matter.

We believe in humanity. They don’t. 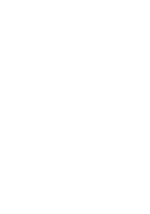