Adams: Where was the Fire Marshal!? 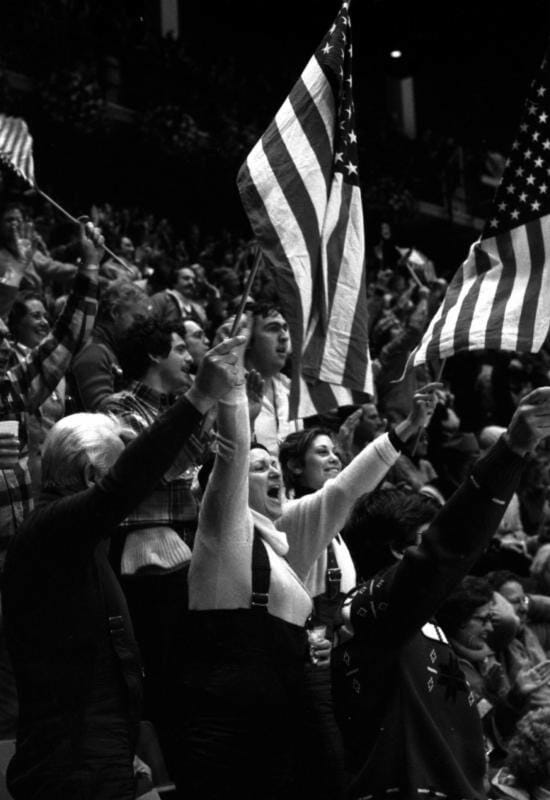 As Americans, we can get crafty when pressed against the wall.The Soviet hockey team was sent to Lake Placid to destroy the young U.S. team on U.S. soil, and to proclaim communism as superior to the American way of life, but they would find Americans can be a resilient and creative lot. The Soviet team was the greatest hockey team ever assembled. They were mighty favorites. The young Americans would have to play out of their minds, and the crowd support in Lake Placid would be critical.

As David Heim entered the arena on the afternoon of Feb. 22, 1980 – the anniversary of George Washington’s birthday – he noticed some fans were turned away while others were whisked in quickly, as if something suspicious was happening. When  David got to the entrance, the ticket taker whispered, “Are you American?”

“Yes, I am,” he answered, befuddled. “I am Deputy Director of Protocol for the Games.”

“Okay, you can go in,” said the ticket taker.

As he walked in he saw the place packed and people were standing everywhere in a sea of red, white and blue. It was illegal to have standing room only. He feared this game would be shut down and everyone evicted by the Fire Marshal. That would be a massive embarrassment as over 40 million Americans were expected to tune in for the broadcast that night.The arena held 7700 and he saw the crowd swell to 10,000, 11,000, 12,000, 13,000?! David kept looking for the Fire Marshall. The door guards kept whispering. If you answered you were an American you were let in for free. They were giving refunds to the Russians. David knew that was a felony and the ticket takers could be jailed.

In the aftermath of the 4-3 win over the Soviets, fueled by the loudest, most patriotic crowd ever, David asked a ticket taker if she was worried the Fire Marshal would have shut them down.

“Oh, no,” she answered. “He was working Gate 4 and pushed through more Americans than anyone.”