14 Southern Sayings for the Elderly Folks 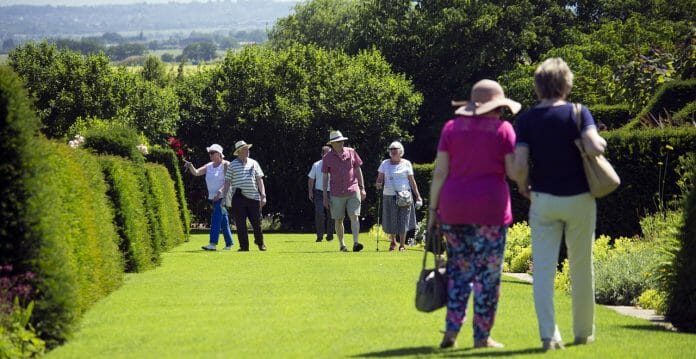 A friend of mine moved into a small Mississippi town from Chicago.

He noticed that an elderly man down the street mowed his yard with a push mover. He would do a few rows, then mopping his brow, go onto the front porch to rest. When rested, he would go to push the mower a few rows, then break again. Mowing the yard would take most of the morning. My friend confided to another neighbor that he was surprised no one helped.

The response was, “Oh yes, Mr. Jim. For many years we’ve all but begged to mow it for him. He won’t hear any of it. He wants to be self-sufficient.”

If you see Mr. Jim on lawn days, here are the Southernisms you might use:

A little long in the tooth.

Rather then: Older than dirt in dog years.

Grandpa goes to bed with the chickens.

Meaning: The old man is snoring loudly. “Laugh and the world laughs with you, snore and you sleep alone.” – Anthony Burgess

He was old back when Jesus was a boy.

Rather than: He knew dirt when it was still a rock.

“How old would you be if you didn’t know how old you are?” – Satchel Paige

He’s as old as Methuselah.

“Old age is when you know all the answers, but nobody asks you the questions.” – Dr. Laurence J. Peter

I am as old as my tongue and a little older than my teeth.

If he had one more wrinkle, he could screw his hat on.

Older than the mountains and got twice as much dust.

Fact: The Saint Francois Mountains of Missouri are the oldest in North America and were formed 1.4 billion years ago.

Only thing alive at that house with all its teeth is the termites.

“She said she was approaching forty, and I couldn’t help wondering from what direction.” – Bob Hope

She has enough wrinkles to hold an eight day rain.

They’ve been around since dirt was new.

Fact: Most of the dirt you see today is from the past two million years, the oldest sedimentary rocks are about 3.9 billion years old.

Way back when I was knee­high to nothing.

“Years ago we discovered the exact point of middle age; it occurs when you are too young to take up golf and too old to rush up to the net.” – Franklin Adams

When grandpa was born, the Dead Sea was just sick.

Fact: An unusual feature of the Dead Sea is its discharge of asphalt. Asphalt coated figurines and skulls have been found locally.