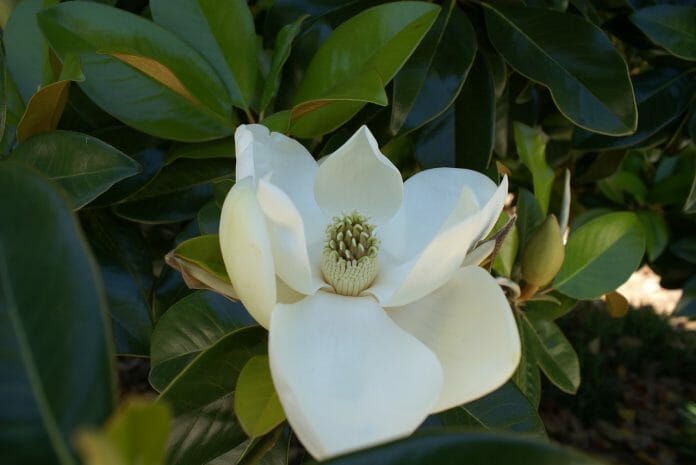 Both the Southern dialect and idioms are largely based on late Elizabethan English and the languages of West Africa. Proverbs are the capsules of condensed wisdom, values and beliefs of the culture.

In the South, these proverbs are a legacy passed down from generation to the next. Like dialect, proverbs have great influence on the fabric of a culture because they are absorbed at an early age.

Here are many of the proverbs that Southerners have heard since they were “knee high to a duck.”

A blacksnake knows the way to the hen’s nest.

Meaning: A dishonest person will keep at it until caught.

A blind horse doesn’t fall when he follows the bit.

Meaning: Following instructions and everything will be fine.

Meaning: What haven’t experienced you are not afraid of.

A bull without horns is still smart.

Meaning: Something or somebody that is not quite what they used to be can still be dangerous – like that first wife / husband.

A bumblebee is faster than a John Deere tractor.

Meaning: If you run over a nest in a tractor, jump off and start running.

A cat can have kittens in an oven, but that don’t make ‘em biscuits.

Also: Going to church doesn’t make you a hymnal.

A crooked cornstalk can still have a straight ear.

Rather than: One bad apple doesn’t ruin the whole bunch.

A full purse ain’t half as good as an empty one is bad.

Rather than: It’s better than nothing.

A gallant retreat is better than a bad stand.

“Early to bed, and early to rise, makes a man healthy, wealthy and wise.” – Ben Franklin.

A guilty dog barks the loudest.

“The lady doth protest too much, methinks,” – ‘Hamlet’ by William Shakespeare.

A guilty fox hunts his own hole.

Meaning: To return to the scene of the crime.

A hole in your britches lets in a heap of uneasiness.

“Few things in life are more embarrassing than the necessity of having to inform an old friend that you have just got engaged to his fiancée.” – W.C. Fields

A miss is as good as a mile.

Meaning: A close miss is as bad as a wide miss ­ they are both misses.

A mule can be tame at one end and wild at the other.

Note: Mules are more intelligent that horse or donkeys. They are also highly curious in nature and generally do follow dangerous paths.

A new broom sweeps clean, but an old one knows where the dirt is.

An one­-eyed mule can’t be handled on the blind side.

Note: A mule can carry “dead weight” up to 20 percent of its body weight.

A pig has enough arithmetic to take the shortest cut through a thicket.

Note: Pigs are highly intelligent, in one study they even put their toys away before bedtime – which makes them smarter than my sons.

A pullet can’t roost too high for an owl.

Note: A pullet is a young chicken, usually is less than a year old.

A rabbit knows a fox track same as a hound does.

Meaning: A rabbit has more at stake than the hound, but as much as the fox.

A sharp ax is better than big muscle.

Meaning: Use your head, not your back.

Fish are most active in morning and evening, but in a waxing moon you’ll catch less. FYI.

A sore back mule is a poor hand at guessing the weight of a sack of meal.

A whistling woman and a crowing hen never come to a very good end.

A wink is as good as a nod to a blind horse.

A worm is the only animal that can’t fall down.

Meaning: Some people are already worm­-low.

Ain’t no point in beatin’ a dead horse – but then it can’t hurt either.

Rather than: It’s like putting gas into a car you’ve wrecked.

All of the justice in the world isn’t fastened up in the courthouse.

Meaning: You don’t need the law to tell you to do the right thing.

All the buzzards will come to the mule’s funeral.

Meaning: All the relatives show up at a rich person’s funeral.

Always drink pure water ­many get drunk from breaking this rule.

An empty wagon makes a lot of noise.

Meaning: People who know nothing often talk the most.

An old sow knows enough about figures to count her pigs.

Anyone can fly ­ it’s the landing that will kill you.

“The knack lies in learning how to throw yourself at the ground and miss.” – Douglas Adams.

Be like the old lady who fell out of the wagon.

Meaning: You weren’t in the wagon, so stay out of it, i.e.– it’s none of your business.

China is the largest consumer of horse­meat, but many European countries indulge. There are no horse slaughterhouses in the US, but it’s been legal since 2011.

Better gravy than no grease at all.

Note: To make gravy, you need grease. Mix equal part grease (Bacon drippings or flour work best) and flour into a paste, then add broth. Enjoy it on everything!

Better to keep your mouth shut and seem a fool than to open it and remove all doubt.

“Leadership to me means duty, honor, country. It means character, and it means listening from time to time.” – George W. Bush

Between the bug and the Bee Martin, it ain’t hard to tell which will get caught.

Note: Also known as “Kingbirds”, “Bee Martins” are very aggressive. When defending their nests they will attack much larger predators like hawks, crows, and squirrels.

Birds of a feather flock together.

Note: This proverb has been in use since at least the mid­-16th century.

Meaning: Your bad deeds will haunt you.

Church ain’t over until the choir quits singing.

Note: “It ain’t over till the fat lady sings.” refers to Brunnhilde in Richard Wagner’s Götterdämmerung.

Corn makes more at the mill than it does in the crib.

Crabgrass lines the path to the poorhouse.

Crow and corn can’t grow in the same field.

Do God’s will ­ whatever the Hell it may be.

Meaning: Do the right thing, and let God take care of the rest.

Don’t argue with idiots, they will drag you down to their level and beat you with experience.

Also: Don’t wash a pig. They will enjoy it, they’ll still be dirty and so will you.

Don’t bite off more than you can chew.

Note: The record for eating Vienna Sausages is 8.31 lbs. in 10 Minutes by Sonya Thomas

Don’t count your chickens until they hatch.

Note: The expected hatching rate is about 80 percent for chicks.

Don’t fling away the empty wallet.

Meaning: Don’t give up, fill up the wallet. Note: From Uncle Remus, His Songs and Sayings.