Mitchell: Law Proving to Be No Match for Bad Attitude

It’s hard for journalists (or citizens for that matter) to overcome the bad attitudes often on display by officious officials who inhabit many Mississippi “service” offices.

Too many clerks and others in cushy courthouse and city hall jobs either slept through civics class or never attended. They simply don’t understand that a democracy doesn’t exist exist where government is not open and accountable. Instead, citizens asking for information are greeted as a bother. They are met with meanness or indifference.

Who says so? The Mississippi Legislature.

But even the Legislature (which too often fails to heed its own admonition and too often caters to special interests that prefer secrecy) is no match for sloth and inexplicable indifference.

What does the law say?

Any entity of any type that conducts public business of any kind is supposed to have a written compliance policy to follow when any person asks for records such as, “May I see the latest test results on the city’s drinking water?”

As part of that policy, a custodian of records is to be designated to respond when information is requested.

The law says a person is entitled to whatever is sought in no more than seven days.

The law says a person who is denied access to a record must be told, in writing and also in seven days, why the information is not being provided.

The law says that if there are research or copying costs involved, the requesting person may be required to pay, in advance, the actual cost — not some pie-in-the-sky number designed wholly to be off-putting — of producing the information.

Interestingly, in many places — including many in Mississippi — office staffers understand the law, the rationale for the law and are more than happy to provide any and all public information being sought immediately and without harrumphing and complaining.

But witness the experience of intrepid reporter Anna Wolfe. The City of Jackson through its clerical minions dodged and ignored her repeated attempts to tests conducted — as required by law and as required to be disclosed by law — on the city’s tap water.

Wolfe is a reporter for The Clarion-Ledger, but that shouldn’t matter. Remember, the law says “any person” has equal standing when it comes to public information.

Well, Jackson has a process, which Wolfe wrote about March 15. Apparently it says requests have to be made to the city clerk, which she did. The response was that she would need to get the information from the Mississippi Department of Health, which sent her back to the city offices.

She made her request in person, in writing and through an online system. Nothing came within the maximum legal period, so she phoned. She was told the charge would be $36.35 — and hour’s labor to find the record and 50 cents for a one-page copy.

So she took the exact change to City Hall (because the clerk’s office doesn’t take checks and doesn’t make change) and got a receipt for the money — but no report. Days passed and she asked again and was told the request was “in legal.”

Even later, she got an email with the same information that was in a city press release she had been given two weeks earlier (without paying $36.35) but not responsive to her request.

Wolfe’s saga went on for another month, but what’s clear is that despite what the law says, clerks and others who are supposed to follow it can stretch and yawn and rock back, make excuse after excuse. They act like total jerks. Their problem is arrogance, not ignorance.

By the way, there’s nothing wrong with Jackson’s water.

Here’s something else: Such sad scenarios are predictive. You won’t find an office full of excuse-makers in a healthy community. You find them where government is, well, dysfunctional.

It’s the time of year when Mississippi lawmakers to pack up and go home. That’s fine. They can only do so much. But how wonderful it would be if every public employee could be required to spend time learning why open government is good government. Visiting the city clerk’s office in Jackson isn’t supposed to be the same as visiting the city clerk’s office in Moscow. And there’s a reason for that. 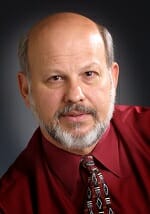