Miller Heiman, who is graduating from the University of Mississippi in May, studied studio art abroad in Reading, England during the spring of 2013. If art is a reflection of culture, she found experiencing new ones while creating incredibly inspiring.

After a series of major transitions and even larger culture shocks, Heiman said studying abroad was the greatest experience of her life. She chose England because there was no language barrier, and it was just a short ride from central London, where an easily accessible airport added a blanket of comfort.

The education experience was different. Students were mostly on their own for the semester. Heiman found this challenging because she was not advanced in studio art and needed guidance.

Luckily, she was able to contact teachers at the University of Mississippi to offer feedback and assistance as she navigated through the semester. “If people think the transition to college is difficult in America, Ole Miss basically gave us a road map with signs on it compared to over there,” she said.

Education was only a small part of Heiman’s adventures in Europe. She visited Dublin, Ireland on a whim for St. Patrick’s Day.

Heiman and a friend signed up for an airline membership and, at 3 a.m., received an email for $43 tickets to Ireland. They immediately packed their bags and headed to the airport with no set arrangements.

“We had it in our minds that we were going to get there and make friends that attended the university there, which is ridiculous,” she said. “We didn’t meet anyone.”

The pair stayed up all night the first night. The next day, they visited a hostel. “The lobby was attached to a kitchen, so we raided that and made some food,” she said. “Then we slept in the lobby for about six hours until a worker woke us up and said, ‘Yeah you can’t stay here.’ So then we stayed up all night again the next night.”

One of Heiman’s favorite experiences was visiting Spain and Morocco. “It was mind blowing being in Spain, which is very modern, and taking a short ferry ride and being in a third world country,” said Heiman. “We rode camels everywhere because that’s how they mostly traveled from place to place.”

Before entering Morocco, they were given a set of cultural guidelines. They should not show their shoulders. They should not look men in the eye, and her friend, who had blonde hair, should cover it. Heiman said the bigger Moroccan cities did not apply these rules, but smaller ones were very traditional. Heiman slept in tents in the desert and “snowboarded” down sand dunes.

A bonus to studying abroad, Heiman said, was visiting friends who were studying in other countries. She spent time in Florence, Italy with friends from the University of Mississippi who were spending their semester there. They even traveled together to Switzerland.

Heiman said she keeps in touch with everyone who lived on her floor in Reading, England. She, even, spent her spring break this year again with a friend, and they traveled to Spain again together. “I don’t even feel like I did it looking back,” said Heiman. “The whole experience was so surreal.” 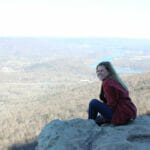 Victoria Mekus can be reached at vlmekus@go.olemiss.edu.