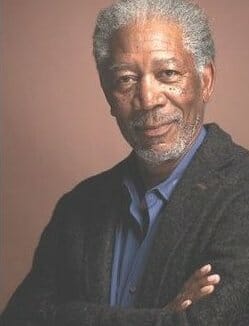 Freeman has portrayed some of the most memorable characters in film history and applaud his enduring commitment to cinema.

“Morgan Freeman is one of the most gifted actors of our time and his body of work has changed the film landscape,” said FSLC Chairman Ann Tenenbaum. “He’s universally loved as an actor and as a humanitarian, and we are thrilled to add the Chaplin to his long list of distinguished awards.”

The Chaplin honors actors and filmmakers who’ve reached the highest level of prominence and artistic achievement. In 2004, Freeman took Best Supporting Actor honors at the Oscars for Million Dollar Baby. He was Oscar-nominated for Best Actor in 2010 for his portrayal of Nelson Mandela in Invictus, and in 1994 for The Shawshank Redemption. He received a Supporting Actor Oscar nomination in 1987 for Street Smart (directed by Schatzberg).

The actor has received Golden Globes (Driving Miss Daisy), including their Cecil B. DeMille Award. Among numerous honors are 2011’s 39th AFI Lifetime Achievement Award and being named a Kennedy Center Honoree.

He made his screen debut in 1964’s The Pawnbroker. Credits include Lean on Me, Driving Miss Daisy (Oscar winner, Best Picture), Glory, Batman Begins, Unforgiven, Robin Hood: Prince of Thieves, The Dark Knight trilogy, Along Came a Spider, The Sum of All Fears, Red, Se7en, The Lego Movie, and London Is Falling. Upcoming films include the remake of Ben-Hur, Now You See Me 2, and Going in Style.

Among TV roles was The Civil War (1990). He’s executive producer of CBS’s Madam Secretary through Revelations Entertainment [which he co-founded], and hosts and is executive producer of Discovery’s Emmy-nominated Through the Wormhole with Morgan Freeman. He will also be hosting National Geographic’s The Story of God.

His distinctive voice has been heard as narrator in many TV series and films, such as the voice for the U.S. release of the French documentary The March of the Penguins (2005).

Freeman is a Memphis native who was raised by his grandparents in Charleston and Greenwood, Mississippi, where he made his acting debut at nine in a school play. He later moved to Gary, Indiana, Chicago and San Francisco before settling in New York, where he worked as a dancer at the 1964 World’s Fair.

In the 70s, Freeman made his TV debut in the Children’s Workshop TV series The Electric Company, portraying Easy Reader and recurring characters.

He made his Off Broadway debut in 1965 in The Nigger Lovers and worked extensively with the Public Theatre, including an Obie-winning performance in their 1980 revival of Mother Courage and Her Children. In 1967, he joined the company as Rudolph, in Jerry Herman’s all-black edition of Hello Dolly starring Pearl Bailey and Cab Callaway. He later was understudy to Cleavon Little in Purlie. His last Broadway outing was in the 2008 revival of Clifford Odets’ The Country Girl.

The Chaplin Award Gala is the Film Society’s most significant fundraising event, helping to support the organization’s ongoing work to enhance the awareness, accessibility, and understanding of the art of cinema. Support for the 43rd Chaplin Award Gala is provided by Jaeger-LeCoultre and Hennessy Paradis Imperial.

The Award was bestowed in 1972 on Charlie Chaplin, who returned from exile to accept. Since then, the award has been named to honor the legendary actor, director, composer, and producer – one of world cinema’s most influential and beloved.