The Thacker Mountain Radio Hour launches its fall season Thursday, Sept. 1, at 6 p.m. at the Lyric Theatre. The radio show has broadcast in Oxford for more than ten years literary readings and an eclectic mix of musical performances.

The performance features a musical, and literary celebration of Trials of the Earth (Little, 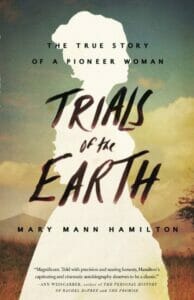 Hosts: Jim Dees and our house band, the Yalobushwhackers.

“A few months ago we (Kerry Hamilton, my spouse) came up with the idea to present a musical interpretation of TRIALS OF THE EARTH as a possible show to Thacker Mountain,” Lucius Lamar. “The idea was to find a few musicians that would write original music inspired by the book and who’s music illustrates the story that the author told in her memoir.  The producers at Thacker Mountain loved the idea.”

NY City Slickers –  (http://www.nycityslickers.com) A bluegrass band that plays all around the NYC and surrounding areas.  They have been chosen for two years in a row to headline the Norwegian Film Festival Nordpakk in Honningsvag, Norway.  The leaders of the Band, Annie, and Faser Hardin are my aunt and uncle.

The Patrick Smith Band – (http://www.patricksmithband.com) A band who’s music if funky, bluesy and soulful rock band.  Patrick has played with the North Mississippi Allstars, The Dirty Dozen Band and with Jimbo Mathis of Squirrel Nut Zippers.   Patrick is my nephew by marriage.

Jamison Hollister  (http://www.jamisonhollister.com) Performer and Musical Director.    Jamison Hollister has made a mark on the national music scene by performing, recording and touring with numerous artists (John Fogerty, Lisa Marie Presley, Charlie Worsham, Josh Kelley, Jimbo Mathus and more). He has played pedal steel, fiddle, mandolin and guitar on the hit television shows American Idol, The Voice, Later with Jools and Glee. As a composer, he has had his music placed on numerous shows and networks. His songs “Should’ve Been Me” and “Let The Devil Win” (performed by the Walcotts), were featured on the CW show “Hart of Dixie” and the new Del Shores film, A Very Sordid Wedding.

Lucius Lamar, (luciuslamadsesign.com) is an artist who works primarily with oil on canvas and who is known for his colorful landscapes. Lamar studied Fine Art at the University of Mississippi, Parson’s School of Design/Art in New York and Paris and University of California Los Angeles (UCLA).  His work has exhibited in galleries across the country and now in his own gallery “REBEL” in Palm Springs Calif.

Cannonball for the Cure Nets $150K