SEC Power Rankings: Rebels Still Not Getting Any Respect

Even after the Seminoles lose their senior QB to injury, Vegas still has the Ole Miss Rebels as a 4.5 point underdog. Can you believe this?

The Sugar Bowl Champions sporting possibly the top QB in the nation just can’t get any respect. The so-called neutral field apparently isn’t so nonpartisan in the eyes of Vegas. This coupled with our volume of lost starters from a year ago including the NFL round one trifecta are greatly influencing the odds. Our new players have not been acknowledged… yet!

With the Rebels being one of three underdogs in week one, they probably have the toughest opponent of any SEC team in the opener. Despite this, we believe the Rebs will prevail and if we’re right, the level of respect will come quickly. With all the distractions in this summer of 2016, these are inconsequential to those of 1962 when the Ole Miss Rebels were crowned National Champions. It doesn’t get much better than Monday night…Ole Miss versus Florida State.

Here is a look at the SEC season before the opening games for the first five days of September: 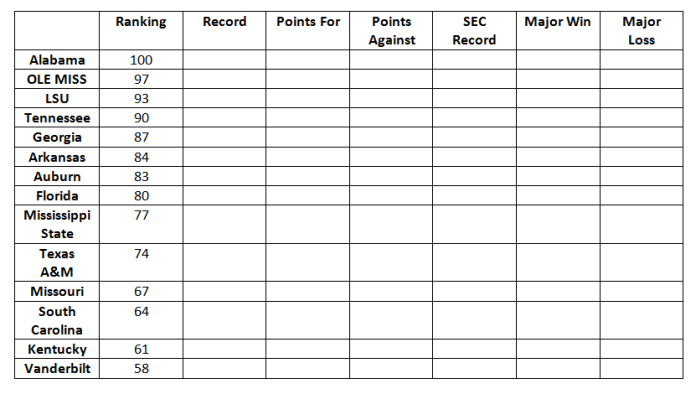