The Thacker Mountain Radio show kicked off a new season for a packed house last night at The Lyric on The Square.

The show, centered on Trials of the Earth, a memoir of Mary Hamilton, took the audience for a rollercoaster ride of tears and cheers with readings from the novel read by Hamilton’s own descendants and foot-stomping musical performances written specifically for the show.

Unlike the normal atmosphere of a Thacker Mountain show, the crowd stomped, clapped and whooped to a mix of blues, bluegrass, rock and folk performed by The Yalobushwackers, The New York City Slickers, The Patrick Smith Band and Jamison Hollister. In between bands, the crowd held its breath as Hamilton’s own great-granddaughter, Sheilah Hamilton Pantin, and great-great-granddaughter, Kristi Pantin Smith, along with McGhee Monteith, read selections from Hamilton’s memoir.

Hamilton has been called a pioneer of the Mississippi Delta, and her family has worked to ensure that her legacy lives on through the book and through this show, produced by Hamilton’s grandson, Kerry Hamilton.

“It’s all a family affair,” Hamilton said. “The artists, the musicians, the music, it’s all connected through family. That was the best part.”

The story connected with the musicians, readers and audience members, as well. Monteith, who lead the readings with the first chapter, Fire, said she admired the courage and vulnerability with which Hamilton told her story.

“Mary Hamilton’s life is such a true example of the strength of women and especially Southern women,” Monteith said. “Trying to put myself in that world and in her shoes, to channel that vulnerability, is what I was trying to do.”

Detailing the struggles Mary Hamilton faced as a girl forced to marry at the age of 17 in the wake of the loss of her family, to her near-death experience with a devastating flood, the readings by all three women filled the room with quiet sniffles and demanded a standing ovation as the night concluded.

The host of the show, Jim Dees, said he also got swept up in the excitement and emotion of the performances, saying for a moment he felt like he, too, was in the audience.

“It was like coming home,” Dees said after the show. “I think every 14-year-old in Mississippi should have to read that book.”

The musicians that took the stage shared Dees’ enthusiasm for the show. All three guest acts poured their hearts into the pieces they created for the show, from the slow, bluesy tones of The Patrick Smith Band following the reading of the chapter titled Water, to the upbeat, celebratory sounds of the New York City Slickers and their song of a loving wife. 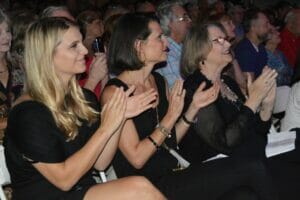 “It was such a great evening,” said Abigail Hardin, lead singer for the New York City Slickers. “It truly celebrated Mary Hamilton and brought together some amazing musicians.”

For a premiere event, the new producer of Thacker Mountain Radio, Kate Teague, said she could not have asked for a better results from her first show. Teague said that although the out-of-character layout for the show was a bit intimidating to approach, she felt the evening went smoothly and she looks forward to the season ahead as the show settles back into its regularly scheduled programs. 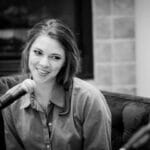 Mary Cloud Taylor is a senior print journalism major at The Meek School of Journalism and New Media and an intern for HottyToddy.com. She can be reached at mctaylo1@go.olemiss.edu.