Alpha Psi Chapter of Delta Gamma (Ole Miss) has partnered with DIFF Charitable Eyewear to make the largest ever single philanthropic donation of eyeglasses by the company in the U.S. by donating 5,000 pairs of eyeglasses to organizations in Mississippi.

The women of Delta Gamma were surprised at a chapter meeting this week with the launch of a philanthropy and media campaign in collaboration with DIFF Charitable Eyewear. One of the sorority’s advisors first contacted Chad Jernigan, Co-Founder of DIFF Eyewear, on LinkedIn, and the journey began.

“We started working with DIFF the first week of June to plan the surprise,” said Cobie Watkins, co-recruitment advisor of the Alpha Psi chapter at The University of Mississippi.

“Once we saw that Mississippi needed help, we said let’s donate more than 500 pairs and let’s donate 5,000 pairs to make an impact on as many lives as we can,” said Morgan Roy, brand development manager for DIFF Eyewear. 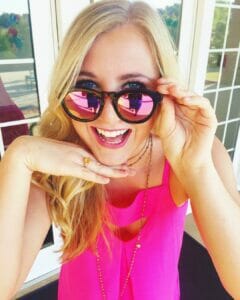 DIFF traditionally donates to Eyes On Africa, a charitable non-profit organization, but this is the company’s first time to donate within the U.S. and to collaborate with a single organization to make a donation.

“We wanted to try and do something that would make an impact locally,” Roy said.

The chapter ordered 550 pairs of sunglasses — a pair for every chapter member, new member and advisory team member. The glasses given to the members have a custom design, including lens colors that correspond with the sorority’s colors and an accent of an anchor, the official sorority symbol.

Roy said, “We decided it would be a good idea to work with Delta Gamma because of the charity initiative and how involved Greek life is in giving back.”

When a pair of DIFF sunglasses is sold, the company then donates a pair of eyeglasses to someone in need.

A social media campaign was also launched to raise awareness for and to combat visual impairments. The company developed the hashtag, #DGxDIFF, to promote the issue and to further spread the word of their humanitarian aid on social media outlets. DIFF also created a custom promo code “olemissdg” to give the Delta Gamma chapter and all customers 15 percent off when they purchase certain pairs of sunglasses on their website. The two aspects of the campaign came together to accomplish a common goal. 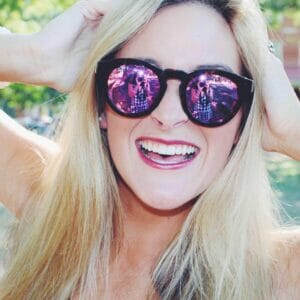 “DIFF’s passion for helping with visual impairment is evident in everything they do, which made them the perfect partner,” said Leslie McCormick, advisory team chairman of the Alpha Psi chapter.

Members of the Delta Gamma chapter at Ole Miss are excited to see how the campaign will assist those in Mississippi who are visually impaired and for the chance to further advocate their philanthropy, Service for Sight.

“It makes me so proud to be part of an organization that is able to give back in such a unique way,” said Keavy Noblin, vice president of the Alpha Psi chapter.

By Caroline Goodwin, a junior at the University of Mississippi. She is an Integrated Marketing Communications student and is planning to specialize in Public Relations.