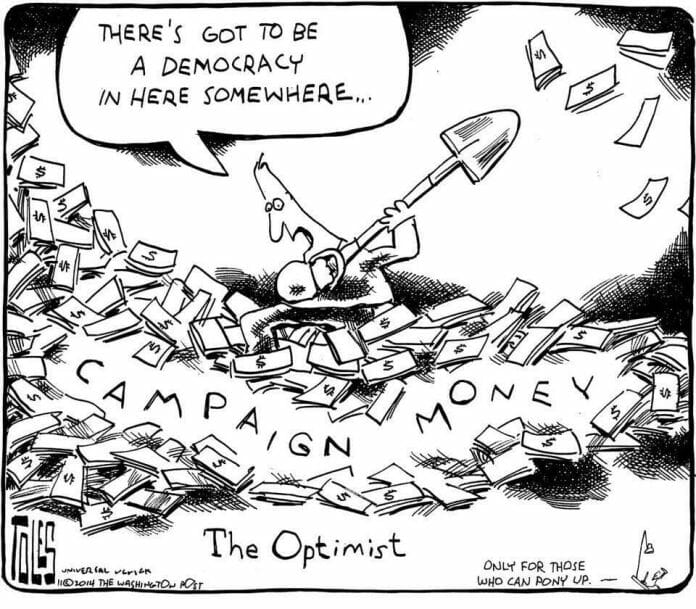 Many people know Jay Hughes as the Democratic District 12 Representative for the Mississippi House of Representatives, but you may not know that he is not a lifelong Democrat. Growing up, Hughes described himself as a Republican who marched for Nixon, cast his first vote for Reagan, and threatened to move if Bill Clinton was elected. The views of the Republican party spoke to Hughes and represented his view of the role of government.

“I identified as a Republican because I believed it represented the American Dream, smaller government and it [the government] staying out of people’s lives,” Hughes said.

But in 2004, Hughes began to feel a shift in his views when he saw his party begin to move in a direction that he didn’t feel accurately represented what he grew up believing in.

“When Karl Rove said that the South could be won if the Party would focus on God, Gays and Guns.  It belittled the mental capacity of southerners and focused on emotional issues instead of fiscal responsibility and small government,” Hughes said.  “This also ran afoul of Reagan’s premise that government should stay out of people’s lives.”

Rove’s comments and actions taken by the Bush administration that he didn’t agree with further perpetuated Hughes decision to ultimately leave the Republican party and become a Democrat.

Hughes said, “[It was] seeing the Bush presidency spend more money than in history, being consumed with interfering with individual rights, such as Terry Schiavo’s right to die, chastising LGBT individuals as a lesser class of people, and eroding civil liberties through the Patriot Act and, finally, offending me as a military veteran and an American by authorizing and promoting torturing of people we suspected of war crimes, and potentially putting our soldiers at risk.”

Mississippi has its share of well-documented issues with race, public education and a divisive past. Hughes’ decision to get into politics was shaped by growing up in Mississippi and realizing that many of the state’s issues have yet to be fully addressed.

“Growing up in Mississippi has had a dramatic impact, as I have traveled and observed a tremendous difference between the poor and the wealthy, regardless of race, and watch the legislature do nothing substantive to provide a quality public education for all children,” Hughes said. “My travels and experience have sadly reaffirmed that racism is still a major issue in virtually every corner of the state, and in the Capitol, and it’s not always so subtle.  It is sad and sickening to hear grown, educated people use the ‘N’ word as casually as a greeting, and many now refer to a whole race as ‘they.’”

While Hughes has no intention of returning to the Republican Party, he still holds certain values from the time he spent in the GOP and will use those views to keep his focus on the issues.

“While I consider myself to be purple, and still a fiscally responsible business owner, the current Mississippi Republican Party is too consumed with people’s private lives and no longer represents my views on fiscal responsibility and civil liberties. My goal is to provide quality education for all children, provide basic services, and then get out of the way,” Hughes said.

While there are many issues facing our nation and the state of Mississippi, Hughes believes that education for children, no matter what, is the biggest issue, and it needs to be dealt with. When he decided to run for office in November 2015, he had seen enough of what was going on in Jackson.

“When our elected leaders spent time and effort to block the people from a fair debate and vote on making them follow the law of the Mississippi Adequate Education Program, I knew that I had to run to make a difference,” Hughes said.

Being able to look at the system from the inside, Hughes sees a very clear problem with the way politics have operated.

“The biggest problem politics is facing is special interests absolutely and unequivocally owning and controlling elected officials with dark money,” Hughes said. “Mississippi’s campaign finance laws are a literal joke, when candidates can buy $800 cowboy boots with their account, and then take the millions home with them when they leave office.”

Growing up in Mississippi, changing political parties and being able to see party politics from the inside out, Hughes has developed a unique perspective on politics that he feels helps him better serve the people he represents.

“My background allows me to be true to myself and my core beliefs, recognizing that I am neither all red or all blue, but simply purple. Despite the rhetoric of the national parties and extremes on both sides, I believe most Americans are also somewhere in the middle,” Hughes said.

According to Hughes, the distrust that people may have with politicians may not be a bad thing after all, and that it leads to a more well informed public when people question leadership.

“You are correct not to trust politicians. There are good public servants, but too many politicians serving special interests and concerned only about being re-elected,” Hughes said. “I strongly encourage people to question everything, attend meetings, listen to debates online, search for the real story, not the sound bites and spin you are fed by those served by the spin.”