From actor Danny Glover to the regional “walking dead,” the Oxford Film Festival played host to a variety of national and local talent for some Friday night entertainment.

At the Malco Oxford Commons, record crowds were drawn to the screenings of the James Baldwin inspired documentary “I Am Not Your Negro” and the homegrown horror film “Kudzu Zombies.”
Melanie Addington, executive director of the festival, acknowledged the massive attendance numbers and is certain the popularity of numerous films is what contributed to the impressive sellouts of primetime screenings.
“The turnout thus far has been great,” Addington said. “We have had films sell out and have had to add additional screenings because of the overwhelming demand for a couple of the films.”
With the late-announced appearance by actor Danny Glover, Oxford Commons buzzed with the excitement and enthusiasm of passionate fans, hoping to both catch a photo of Glover and looking forward to watching “I Am Not Your Negro” with him.
Box office coordinator, Withrow Newell of Birmingham, Alabama, addressed the effects that these relevant documentaries and cult-thriller films have had on the purchasing of tickets thus far. 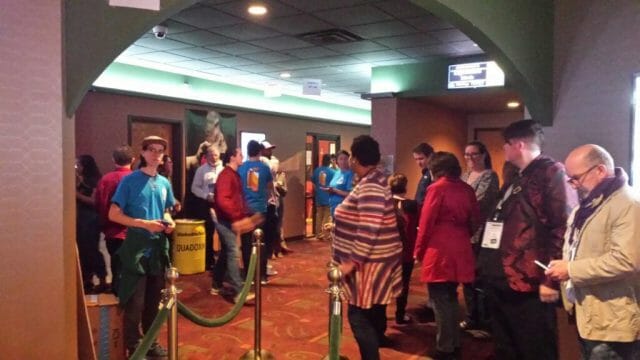 “Ticket sales have been the strongest they’ve ever been,” Newell said.
From Kentucky to Aberdeen, Mississippi, the film festival saw plenty of out-of-town visitors making their way to Oxford to both support community arts and escape the bubble of Hollywood films.
Carolyn Parson of Aberdeen enjoys attending film festivals because of the diversity among films and the departure from the uniformity of many mainstream motion pictures.
“I like independent films because they’re cast so differently, and they don’t have that Hollywood glam and predictability about it,” Parson said. “It’s shown through somebody’s eyes who knows the actors that they are getting, and they can cast with a different eye.”
Similarly, Oxford native Steven Draffen and Carolyn Draffen of Kentucky came to the premiere of “Kudzu Zombies” to provide encouragement for one of the workers at North Mississippi Regional Center. 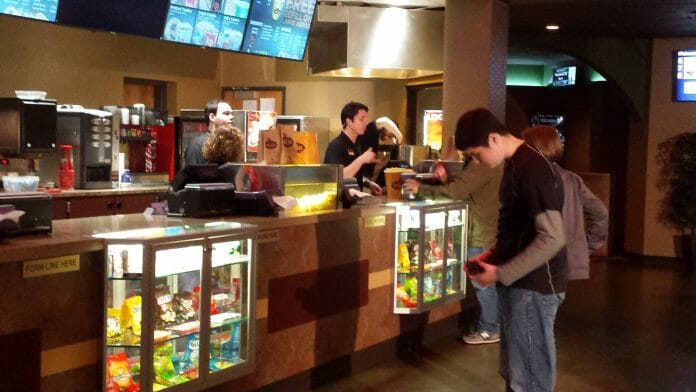 “We’re going to see it because one of the teachers at NMRC is in it,” Carol Draffen said.
With native Oxonians and out-of-towners alike coming to witness the debuts of assorted films, the support for the festival continues to grow and shows no signs of stopping.
“The Oxford Film Festival has always enjoyed a very loyal and dedicated fan base that seem to come to the theater and just watch film after film until we turn out the lights for good, but this year it seems, already, like we’ll be setting some personal records for audience numbers,” Addington said.

By Gracie Snyder, an intern for HottyToddy.com and a student of the Meek School of Journalism and New Media. She can be reached at jgsnyder@go.olemiss.edu.
For questions or comments, email hottytoddynews@gmail.com.