February 24, 2017
0
404
After an opening weekend sweep of #6 East Carolina and a mid-week 16-4 routing of Arkansas State, the #8 Ole Miss Rebels look to stay hot on the diamond as the #23 North Carolina Wilmington Seahawks come to town.
The Rebels showed their ability to climb their way back last weekend as they were able to come from behind to win all three games against ECU. Against Arkansas State, the young Rebels showed their ability to jump on an opponent from the get go. While the 16 runs put up by the Rebels at the plate was impressive, they were outshined by the pitching staff. Four Rebels pitchers combined for 19 strikeouts, with 10 contributed by freshman starter Will Etheridge in just 5 innings of work. Relievers Houston Roth, Ryan Rolison and Greer Houston came and continued the dominance on the mound, allowing just 3 hits and 0 earned runs.
Junior Will Golsan’s hot start to the season has added another threat to the Rebel offense. Against ASU Golsan went 4-5 with 2 RBI. With a .533 average Golsan trails only freshman OF Thomas Dillard, who comes into the weekend batting an impressive .583. Reigning ‘SEC Player of the Week’ Ryan Olenek and Cole Zabowski continue to rack up the hits and give depth the Rebel lineup. The two captains Colby Bortles (.077) and Tate Blackman (.154) have yet to find their rhythm at the plate, look for that to change in a big way this weekend.
No changes in the rotation for the Rebels this weekend as David Parkinson (1-0, 3.86 ERA) will get the start today. Parkinson picked up a win on opening day after throwing 7.0 stone innings. James McArthur (0-0, 4.15 ERA) gets the nod on Saturday after a no-decision ended his day last weekend. Brady Feigl (0-0, 7.20 ERA) will start Sunday after an up-and-down performance in the last game of the ECU series.
The Seahawks are 3-0 on the season after defeating George Mason, VMI and Appalachian State last weekend. OF Casey Golden is the big bat in the lineup, going 6-12 last weekend with 2 home runs and 4 RBI. The Seahawks will throw sophomore RHP Alex Royalty (1-0, 5.40 ERA) on Friday. Junior Josh Roberson (0-0, 1.80 ERA) will pitch Saturday. Sunday will see another RHP take the mound, as sophomore Logan Beehler (0-0, 2.45 ERA) will get the start.
Start times for the games are the following
Friday – 4 p.m.
Saturday – Noon
Sunday – Noon
The starting lineup for today was announced by head coach Mike Bianco earlier today.

Fingers crossed that Monday’s storms don’t make an early appearance on Sunday, but other than that it should be another great weekend at Swayze. 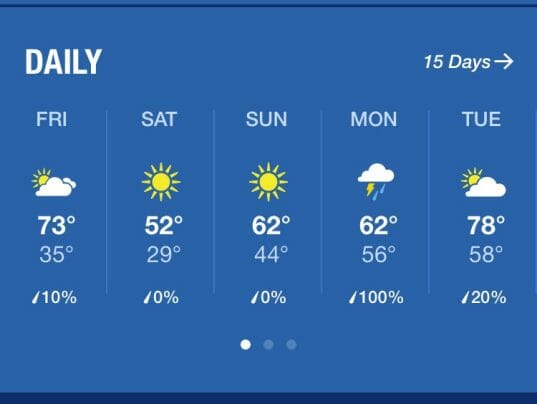