Slumping Rebels Looking to Find Success Against Furman This Weekend

Ole Miss may have split their mid-week series against Georgia State, but their bats remain dormant.

The win on Tuesday saw the Rebels score just one run on three hits. On Wednesday, Ole Miss was unable to plate a run in a 2-0, 11 inning loss to the Panthers. The Furman Paladins come to Oxford this weekend for a three-game series, and with SEC play on the horizon, Ole Miss needs to find production at the plate.
The Rebels have been shutout in three of their last five games and show no signs of getting back on track. In the first seven games of the season, Ole Miss scored 55 runs and had the looks of an offensive juggernaut. However, in their last six outings, they have scored just 11 runs. In that six-game stretch, Ole Miss has gone 1-5 and could desperately use a sweep this weekend. The matchup with Furman will be the first weekend series in which the Rebels won’t have to face a ranked opponent.
Good news for the Rebel lineup is the return of captains Colby Bortles and Tate Blackman. The pair of upperclassman had been suspended earlier in the week by head coach Mike Bianco for “not meeting the standard of Ole Miss Baseball.” Just about every Rebel struggled in Houston during the Rebels 0-3 weekend, and the struggles followed them home against GSU.
Returning from suspension, Bortles and Blackman must regain their teammates’ respect, and they must start with their play on the field. A team filled with freshmen, the veterans must take responsibility for their actions and teach the young guys how to pick themselves up and deal with adversity.
The saving grace for the Rebels over the past few games has been the pitching. Against Georgia State, freshman Ryan Rolison was impressive in his first career start. Rolison allowed no runs and just 4 hits in 5.0 IP. The bullpen was equally as sharp as Greer Holston and Will Stokes shut the Panthers down for the rest of the way. On Wednesday, Will Ethridge struck out 10 batters in 7.2 innings while allowing just two hits. In just two starts Ethridge has 20 strikeouts and is quickly becoming an ace on the Rebel’s staff. The bullpen was strong once more but could only hold out so long with nonexistent run support from the Rebel offense.
This weekend will see a shakeup in the pitching rotation due to James McArthur’s injury. David Parkinson (2-1, 3.71 ERA) will still take the mound on Friday. Brady Feigl (1-1, 6.00 ERA) will move to Saturday, and Sunday’s starter has yet to be announced.
Furman comes in at 8-4 out of the Southern Conference. Will Gaddis, who’ll start tonight, holds a 2.84 ERA in 19 innings of work this season. Facing the Paladin ace may be troublesome for the slumping Rebels. At the plate, Landon Kay and Brandon Elmy lead the way for Furman in average, home runs and RBI.
Game one of the series will begin today at 6:30 p.m. Games two and three are scheduled to begin at 1:30 p.m.
With lows in the 30s, tonight’s game may be a bit chilly, but with games in the middle of the day on Saturday and Sunday, there should be no problems. 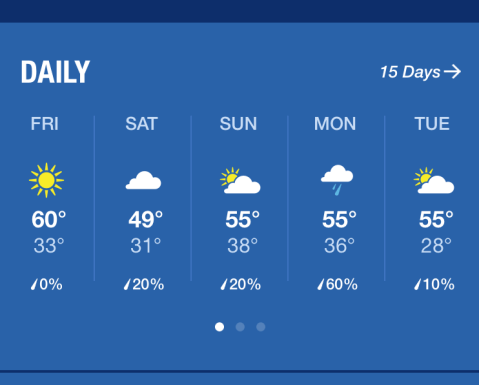