'I Never Thought I'd Hear A Gunshot' By Shane Brown 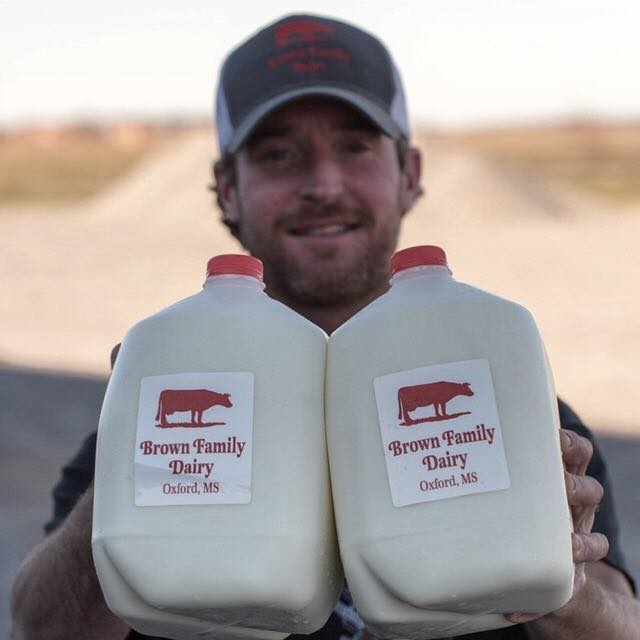 I started milking cows at 7:15 this morning. I didn’t know I had to milk until Billy Ray asked me to the night before. He needed to go check on some young beef heifers that were trying to have some calves. He wanted to be with them if a problem were to go wrong. He said he’d be right there with them. He could call on some help if he needed to. I knew, too, he just wanted to be with them. He’s been with all his herds for 25 years now… a bond of his. I set my alarm earlier last night than most nights. Most days I just deliver milk from town to town. I don’t have to milk every morning like he does. I have the night shift…
His love for his beef cows was his first love. I learned that at an early age when he brought his first calf in our house to play with it. He was 14. A kid. I think I remember it sh–ting all over the house, and he ran it out the door. I ran to my room. And, Mom ran after him. I didn’t understand the whole “cow” thing. I’m starting to. I don’t know everything he knows. I don’t know everything Paula knows. But, I know the work, I know the ethic, and I know the want and desire. It has built on me lately, quicker than anything has ever. It’s a love and passion I have, and I don’t know why.
My trip delivering today and milking tonight was supposed to be simple and easy. I was to deliver in Oxford, Batesville, and finish my day in Clarksdale with a trip to Sweet Magnolia Ice Cream. That route is maybe my favorite route. It’s one of my longest, but I don’t mind it. My music is good on that route, and my view is greater. I love getting close to Marks and then to my stop in Clarksdale, where the land is long and flat. I like it when I look out my window, and I see tractors and combines everywhere doing a job. Trucks are running up and down fields, blowing dust everywhere, carrying water or fuel. Gins are maxed out, and trailers are loaded. There is work going on in every mile I pass. Hard work. It’s honest, too. I turn my music up a little more and smile. I like being in the Delta. It eases the work that I have already done or what I have left for the night to do. It eases my thoughts, too, that all those guys are working hard like us. Clothes on my back. Food on their table. I rolled into Clarksdale on time; got Hugh his milk for his ice cream, and I headed east home to milk some cows.
I was trying to get my last set of cows done tonight, but Martha Lou had slowed me down. She had collapsed in front of the gate, and I couldn’t get her up. I weigh about 155 pounds, and I can’t budge her at all. I pushed and clawed and cussed at her, and she still wouldn’t move for me. I called Paula to come help, and we tried our best. There is s–t and mud all over our shirts, pants and our boots. Our hands are covered with it, too, and I tell her that she needs to call Billy Ray. She sighed, and I walked away. Today was suppose to run smoothly. But, things change.
I never saw Billy Ray come back by with the rifle. I was emptying troughs of feed out into a bucket. I was done milking and almost done with my night. We had finally moved her about twenty minutes before I heard the shot, but she had eventually fallen back down. I was startled. The ring of the shot sent chills down my body. Then another one. Damn, Martha Lou. Damn it, Billy Ray. I turned around as he walked back by with the rifle in his hand. I peaked over him and behind him and saw her lying. He brushed past me; his head was down and his hat was pulled down over his eyes. I saw him weak for a moment. Those are moments I don’t see in him.
When I got to Hugh’s today, he hugged me and gave me a fist bump. He asked me how everything was going on the farm, and I told him everything was great. And, they are. He asked me if I would take some pictures for him for his business, and I agreed. Hugh has been a business partner with Billy Ray for a long time now. And anything we can do to help him grow, helps us grow. We also do it because we know the work he has put into his want and desire. We know the struggles, the long hours and the drive of success. We talk about those things. I walked outside with him and smiled for a camera. He made his camera shots with our milk in my hands, and he thanked me. I never knew in a few hours I’d hear a gunshot.

Shane Brown is a HottyToddy.com contributor and the son of noted author Larry Brown. Shane is an Oxford native with Yocona and Tula roots. Shane is a graduate of Mississippi State University. He has two children — Maddux and Rilee — and makes his home at “A Place Called Tula.” He can be reached at msushanebrown@yahoo.com.
Follow HottyToddy.com on Instagram, Twitter and Snapchat @hottytoddynews. Like its Facebook page: If You Love Oxford and Ole Miss…