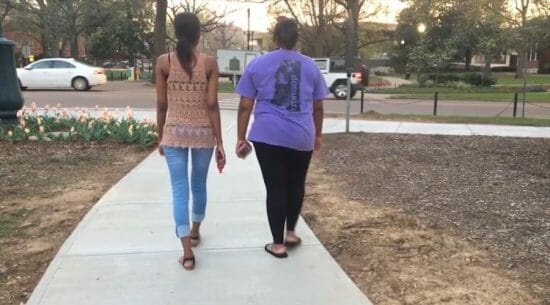 University of Mississippi police report investigating at least nine sexual assaults in and off campus so far this academic year.  And, in fact, every day on college campuses around the nation, young women risk becoming a victim of sexual violence.
But Ole Miss, like many other universities nationwide, has taken measures to help reduce that risk.  The president of Rebels Against Sexual Assault (RASA), Corbin Smith, says the changes at the university are fairly recent.
“RASA was founded in 2015 in the spring, and it was founded to educate and prevent and support survivors of sexual assault,” Smith said. “So we want to educate the university on what sexual assault is and how cases are handled and just educate them in general about everything to do with sexual assault.”
Those who are between the ages of 18 and 24 face the most risk of sexual assault and rape. Statistics like those are one reason why Ole Miss provides emergency phones in key locations on campus, in addition to supporting education-oriented organizations like RASA.
Gender Studies Professor Jaime Harker says today’s young women also benefit from a new openness about the topic.
“I think the big change that happened had to do in the 1970s with the women’s movement. Among the many issues to talk about was the question of women’s autonomy and ability to make decisions about sexuality, and there was a real attempt to bring awareness about rape and take the stigma away from rape,” said Harker.
Harker says the next step is to make sexual assault more than just a women’s issue.
“That’s something I think has to do with education. It has to do with having conversations about, you know, choices for men and women that you get to say yes or no. That there’s not a pressure either way as how one behaves,” she said.
Resources for those who may be victims of sexual assault are located on the third floor of Lester Hall on campus. All victims are encouraged to come forward so that they may have a chance at seeking justice.

According to the Rape, Abuse and Incest National Network, women should take these steps to reduce their risks: