Enjoy our “Reflections” post — one of many vignettes and stories featuring memories of days gone by. This installment is from Bettye H. Galloway as seen in Issue #52 of “The Oxford So & So.”
If you would like to contribute your own Reflections story, send it, along with photos, to hottytoddynews@gmail.com. 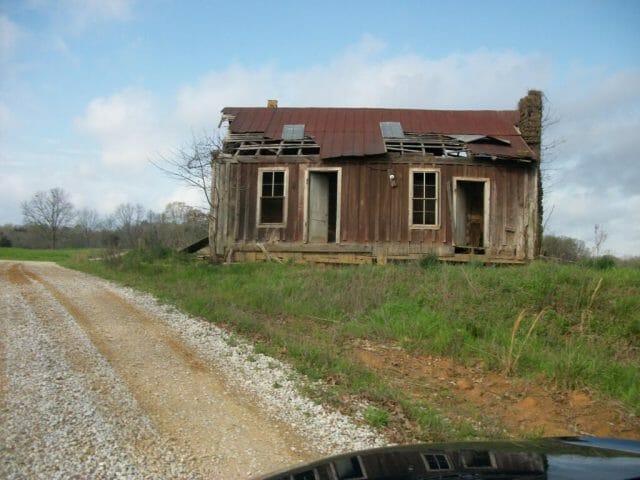 Neglected and lonely, the old house stands on the hillside at the intersection of Delay and Tula Roads in Lafayette County, Mississippi, seeming to await a friendly passerby to whom it can tell the story of its existence.
Its doors and windows are awry, its siding has deteriorated, and the broken shingles which held the walls in place for rooms heated by the fireplace for such comfort that might have been had for the residents of the house are obvious.  On the roof, sheets of tin which warded off the rain and winter snow lie scattered around the yard having given up any attempt of usefulness. The house is in its last throes of life, and its death is not far away.
But what a story the house could tell!  It is so old that it has outlived all the people who built it or lived there over the years.  One local legend is that it was the storage place for all the records secreted from the Lafayette County Courthouse before Oxford was razed and burned by the Union troops of General A. j. ‘Whiskey’ Smith during the War Between the States. This is a good story, and right or wrong, it probably is just one of many memories hidden behind these deteriorating walls.
For almost two centuries the house has stood on its hillside, seeming to stand guard over Yocona, Tula, Delay, and other communities whose names have been forgotten, and over the fertile bottom lands of the Yocona River producing the crops of cotton which were the lifeblood of the early settlers, as well as the abundant forests which provided the wild game for the families of the day. 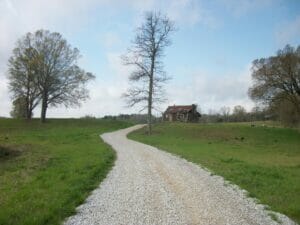 Proudly the house stands for the moment.  It will not last much longer, but it can take pride in the part it has played in the development of the area.  Its neighbors now consist of beautiful modern homes with all the amenities and manicured lawns.  The old house still sits on its hill, surveying abundant fields of soybeans and other crops which have replaced the cotton fields and the thick forests supplying deer and turkeys and other game for sports hunters and for those who relish wild game for the table.
Like the adage that all good things must come to an end, this old house is in its last stages of life, but it should be remembered as a viable link in our chain of development.  Goodbye, old friend.  You served us well.