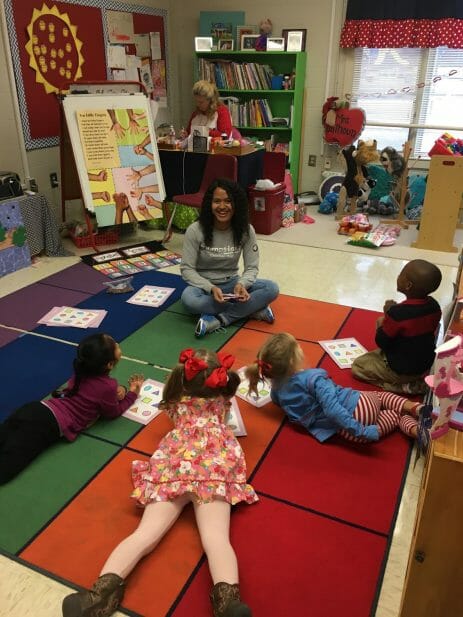 Jumpstart, a national early childhood education program that operates their Mississippi chapter at the University of Mississippi, has received a grant in excess of $150,000 to continue to help provide opportunities for children in across the state.
Jumpstart’s goal is to recruit and train college students to serve as teachers to preschool-aged children in low-income areas. At the University of Mississippi, the college students who are a part of this program are recruited from the School of Education and become College Corps Americorps members.
“Jumpstart is a supplemental language and literacy enrichment program for preschool children,” said Jumpstart Site Manager, Olivia Morgan “College students, who serve as College Corps AmeriCorps members, conduct Jumpstart sessions twice per week in local preschool classrooms. During the session, Corps members sing songs, read books, and play games with the children to expand their oral language, phonemic awareness, and print awareness.”
Jumpstart is a national program based out of Boston, MA and was founded in 1993. The Mississippi program started in 2012 with only two classrooms in Oxford. In the past five years, the program has expanded to serve in eight classrooms in Oxford, Okolona, Water Valley, Columbus, and Hattiesburg.
“Mississippi Jumpstart is expanding so that more children throughout the state have access to the program,” Morgan said. “We truly believe that by lowering the adult to child ratio and providing children with intentional, fun activities in a language rich environment, we can give them the foundation to ensure they are prepared for kindergarten.”
During the 2016-2017 school year, Jumpstart Mississippi had 48 total members in Oxford, Columbus, and Hattiesburg. However, with the help of this grant, the program hopes to expand to recruit and train 72 College Corps members to serve throughout the state. This grant will help to fund the education award that College Corps members receive at the end of their service time. 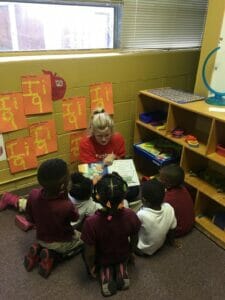 “A portion of the grant funds are used to provide Segal Education Awards for members,” Morgan said. “Upon successful completion of 300 service hours, these College Corps members are awarded an education award that can be used for current tuition, qualified student loans, or future graduate school expenses. The grant funds will also be used to support programmatic expenses.”
This grant will also be used to expand the College Corps efforts as a whole to offer even more opportunities for children in Mississippi.
“While the grant will largely be supporting education awards for Jumpstart members and Jumpstart expansion, the grant also supports other College Corps students and programs,” Morgan said. “During the 2017-2018 school year, we plan to focus College Corps efforts on both Jumpstart and one-on-one tutoring for first-grade through fourth-grade students.”