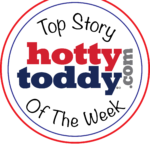 Former Rebel SS Zack Cozart, now with the Cincinnati Reds, has been selected to his first MLB All-Star game. After an impressive first half of the season, Cozart received over two million fan votes and will start at shortstop for the NL All-Star team. While Cozart was just happy to be on the team, he is especially honored by the amount of fan support he received to be named a starter in July 11th’s All-Star Game.
“I was shocked to be starting. I was hoping just to make the team, and when I was told about the starting nod, I was pumped,” Cozart told ESPN’s Karl Ravech. “It’s always one of those individual goals to make an all-star team, but when you get that starting nod, you know the fans voted for you, and it’s just a really cool feeling.”
Not only does Cozart get the honor of being an All-Star, but he may also soon become a proud donkey owner. During spring training, Cozart and his son spent time feeding the donkeys at a farm in Arizona near the team’s facility. Reds 1B Joey Votto caught wind of it and decided on a unique reward for Cozart if he was able to end up on the All-Star roster. Votto promised his teammate a donkey, and Cozart has every reason to believe that he’s going to pay up.
https://twitter.com/MLBNetworkRadio/status/872185567236194308/photo/1?ref_src=twsrc%5Etfw&ref_url=http%3A%2F%2Fwww.cbssports.com%2Fmlb%2Fnews%2Fmlb-all-star-game-2017-reds-all-star-zack-cozart-owed-a-donkey-by-joey-votto%2F
What may have started out as a joke among teammates has quickly become reality, and now Cozart has to work on finding a way to accommodate a donkey.
“It started off as just ha, ha, ha … but it got real really quick,” Cozart told ESPN. “Now I’ve got to go search for some land.”
Cozart is hitting .322 with 9 home runs and 33 RBIs nearing the midway point of the season.

Zeta to Bring Rain, Wind to Oxford on Wednesday

North Mississippi will once again be the recipient of remnants from a tropical storm later this week.
Read more
Latest Videos