Former Mississippi Attorney General Mike Moore, who famously led a campaign to punish tobacco companies for lying about the dangers of smoking, has set his sights on the pharmaceutical industry, according to Bloomberg Businessweek.

Moore, a University of Mississippi alumnus who served as the state’s attorney general from 1998 to 2004, was the first state AG to file a lawsuit against Big Tobacco and won the largest corporate settlement in history—$246 billion for 50 states, with the money earmarked to fund smoking cessation and prevention programs.
Since exiting the political sphere, Moore has continued to practice law with two partners in the Mike Moore Law Firm, headquartered in Flowood. But the national opioid epidemic has brought him back into the media spotlight.
When his nephew nearly died of an overdose of fentanyl—a powerful synthetic analog to the opium poppy and the drug that killed Prince—Moore decided the legal strategy that had proven so successful against the tobacco industry could also work against pharmaceutical companies. In the case of Big Tobacco, a coalition of state attorneys general, led by Moore, bombarded companies like Phillip Morris and RJ Reynolds with individual, costly lawsuits, forcing them into negotiating a single—and massive—settlement rather than fighting each suit separately.


According to Bloomberg Businessweek, Moore and his legal team have assembled another coalition, including 10 states and dozens of counties and cities, to file suits against pharmaceutical companies like Purdue Pharma, Endo and Johnson & Johnson’s Jannsen Pharmaceuticals. All totaled, 40 states are looking into the viability of launching their own suits.
“The suits allege that the companies triggered the opioid epidemic by minimizing the addiction and overdose risk of painkillers such as OxyContin, Percocet and Duragesic,” Bloomberg Businessweek reports. “Opioids don’t just cause problems when they’re misused, the suits argue; they do so when used as directed, too.” 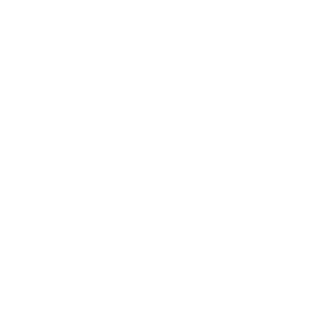 Moore admits the money from the tobacco settlements didn’t always go where it was supposed to. To combat the opioid crisis, he wants to set up a national program, funded by the pharmaceutical industry, that would make addiction treatment more widely available, expand prevention education and force doctors to change their prescription habits.
“Litigation is a blunt instrument,” Moore told Bloomberg Businessweek. “It’s not a surgical tool. But it provokes interest quicker than anything I’ve ever seen.”
Rick Hynum is editor-in-chief of HottyToddy.com. He can be reached at rick.hynum@hottytoddy.com.
For questions or comments, email hottytoddynews@gmail.com.
Facebook
Twitter
Pinterest
Previous articleFake IDs Don’t Fool Anyone in Oxford
Next articleDrink Up! New Book Explores South's Cocktail Culture