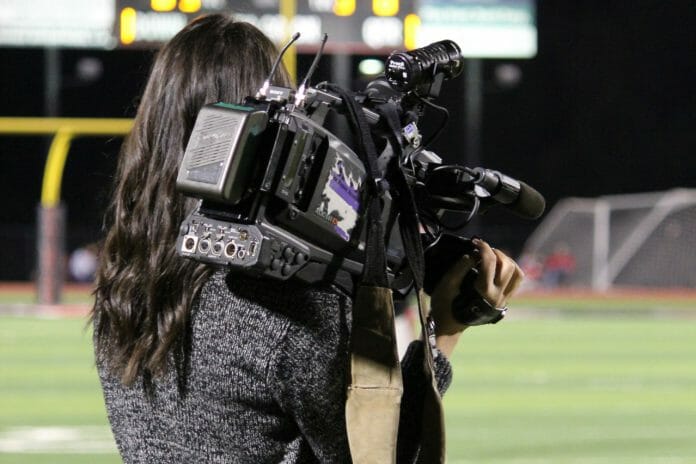 Carly Reeves is a University of Mississippi sophomore marketing major from Joplin, Missouri, who grew up with five boys. Playing sports was all they did.

Reeves participated in snowboarding, track, basketball, softball, gymnastics, golf, cheerleading, cross country and soccer. She even practiced with her middle school football team.
Even though she doesn’t play much anymore, she watches sports every night.
“I can’t fall asleep unless ESPN or Sports Center is on,” she said.
When football season comes around, her family plays fantasy football together and usually participates in “trash talk” because they all cheer for different teams.
Reeves wants to work in the marketing department for a baseball team, but she believes women struggle in the sports field.
“I remember always going to my friend’s house to watch March Madness games, and anytime a female reporter would come on the screen, all the men in the room would freak out,” she said. “I remember one time her dad specifically said, ‘Get the lady off the screen,’ then made gagging sounds.”
Being a woman and having a career in the sports field can be hard for women who have to prove themselves more than men.
The Sports Emmy Awards gives an award to the most outstanding sports personality in sports event analyzing. The award made its debut in 1997, and since then, has only been awarded to men.
It wasn’t until 2011 that the Sport Emmy Awards created a new category for women sports reporters. Michele Tafoya, an American sportscaster who has been a sideline reporter for NBC Sunday Night Football for NBC Sports since 2011, won.
It used to be that men had a huge advantage in sports journalism. In fact, female reporters have not always been able to interview players in the locker room before or after games. 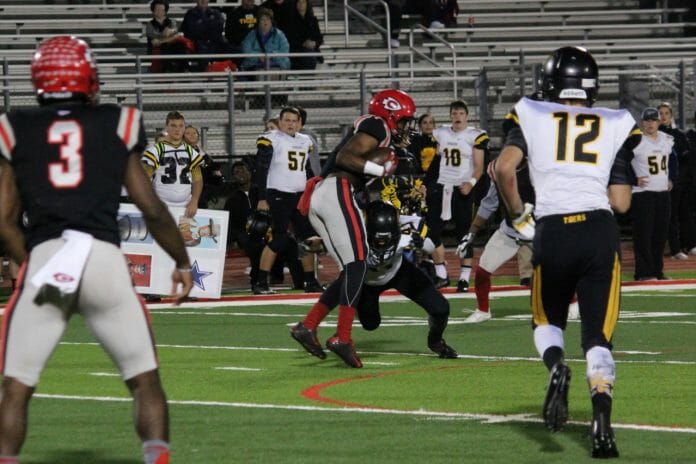 In 1977, Sports Illustrated reporter Melissa Ludtke sued the New York Yankees because they banned her from entering the locker room to interview players during the World Series. Ludtke won her case because the judge decided the practice violated the Equal Protection Clause of the 14th Amendment.
Laws can change every day, but social behaviors and attitudes do not change easily. Some people think that because it is sports-related, women do not understand what is going on. Some believe women in sports know less than their male counterparts.
Believe it or not, gender does not determine how much someone knows about sports.
Another thing that makes it harder for women to have sports-related careers is sexual harassment. In 2014, Pew Research reported that 25 percent of women compared to 13 percent of men are more likely to be exposed to sexual harassment in sports-related career positions.
Dana O’Neil worked 25 years as a sports writer. “The difference for women is it can be very nasty and vile and goes into sexually derogatory insults,” she said. “It goes into a place men never have to deal with. It’s not about sports. It’s not about writing. It’s about your gender and how I can demean you and make you feel worthless because of your gender.”
It’s an issue that when someone types “top female sports journalists” into Google, the first thing that pops up is an article titled, “Top 30 Hottest Female Sports Reporters.”
What the social scene is telling women is that if they don’t fit society’s standards for beauty, they are not going to be recognized as much as those who do are, no matter their reporting and journalism skills. There seems to be a lack of respect for women in this career.
Reeves believes women have much to offer, including a fresh perspective. She feels more comfortable knowing women are in the field more now than they used to be. 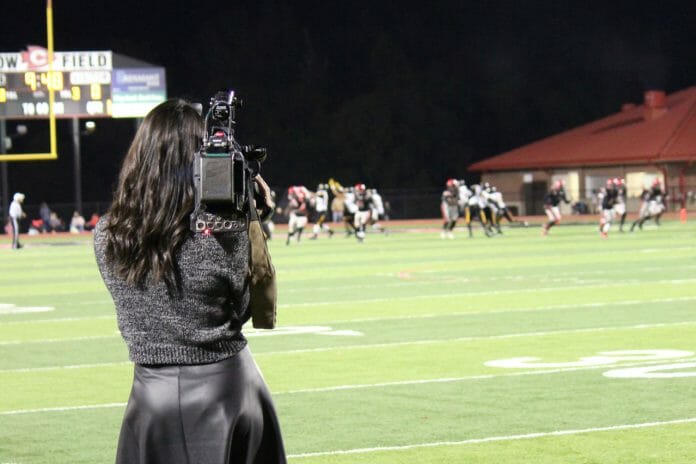 “I feel that women, being in the field as reporters and journalists, can change the way the media interacts with female athletes,” she said. “We’ve all seen the videos with the outrageous diet, weight and otherwise sexist questions toward female athletes. I feel like putting more women in the field could help change this dynamic.”
Today, it is becoming easier for women to get jobs in sports-related careers because stations seeking diversity are hiring more women. Even though it is great that this is happening, will women only get hired because companies are trying to fill a quota, or because they are talented sports broadcasters?
Universities, schools and journalists should work together to promote sports journalism to young women. It’s important that more women enter this field because they can bring different opinions and ideas.
When there are more opinions and ideas, better quality journalism is produced. Journalism is not just the “old boys club” anymore, and society needs to realize that.

By Sarah Kane
Read more stories like this on Oxford Stories.
For questions or comments, email hottytoddynews@gmail.com.