January 24, 2018
0
259
“Come on in and sit right down and make yourself at home!” sang the legendary Patsy Cline. It was the tune that opened her live shows. Now a huge piece of the history of authentic country music has come to New York’s Times Square with Opry City Stage, located at 1604 Broadway between 48th and 49th Streets.
Opry City Stage, the first such Opry outpost outside of Nashville, is vast – four floors and 28,000 square feet. Located on the second floor, up from a retail shop with Grand Ole Opry and country merchandise, are the main stage, restaurant and bar. An angled, smaller balcony offers additional seating. It has faux church windows in tribute to “country’s mother church,” the Ryman Auditorium, a former tabernacle in downtown “Music City” that dates to 1831.
Opry City Stage is expected to draw both tourists and New Yorkers who crave country-style, down-home hospitality—“Yes, sir,” “Yes, ma’am,” and the proverbial “y’all” roll off the tongues of staffers, few of whom are actually from Down Yonder. Instead of piped-in recordings, Opry City Stage is going hard on live music. Local country musicians hold the stage until the 1 a.m. close. A fourth-floor studio, with seating for 300, hosts ticketed events and open-mike nights. 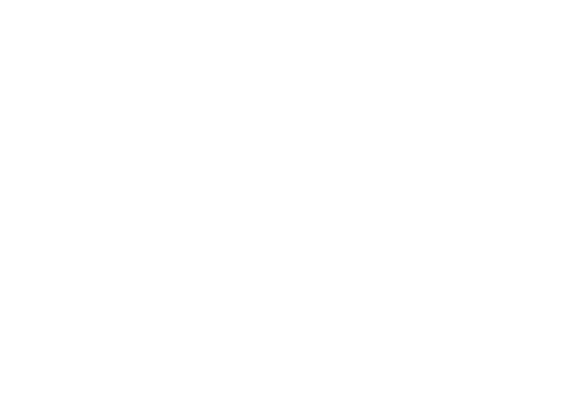 For 92 years, the Grand Ole Opry has been a country music mecca, broadcasting the genre’s biggest stars. Opry City Stage doubles as a colorful pilgrimage to country’s spiritual home. Taking a cue from the Hard Rock Café and Planet Hollywood, decades of memorabilia have been imported from the Opry. These include a 17-foot recreation of Jimmie Rodgers’ Blue Yodeler guitar gifted to Ernest Tubb; more than 300 photographs from the Opry’s photo archive spanning nearly a century; and showcases of costumes worn by Patsy Cline, Loretta Lynn, Dolly Parton, Minnie Pearl and Johnny Cash as well as “new country” chart-makers such as Taylor Swift. There are hand-made narrative folk art banners created by Nashville artisans—complete with classic country lyrics—throughout the facility.
Colin Reed, Ryman Hospitality chairman and CEO, noted that country music and the country lifestyle have never been more popular. “We can share an authentic slice of country’s most famous institution with the millions from around the country and world who visit Times Square,” Reed said.

Entertainment Manager Lincoln Schofield said, “Opry City Stage has the potential to be a new country hub right in the center of New York City. I can imagine future country stars coming out of this venue.”
One of the venue’s biggest appeals, Schofield added, is the feeling that almost anyone passing through town could stop by and sit in with the house band. “You never know who might turn up,” he said.
The restaurant menu, designed by Bruce and Eric Bromberg of the Blue Ribbon Restaurant Group [which includes Blue Ribbon Federal Hall in Manhattan’s Financial District], ranges from pimento cheese, smoked corn chowder and ribs to mac and cheese, meat loaf, chicken with waffles, prime rib [in “cowgirl” nine-ounce or “cowboy” 14-ounce portions], and, of course, biscuit and barbecue. There are also signature beers from Nashville’s popular Yazoo Brewery.

“The Grand Old Opry” started out in 1924 as a radio program of weekend concerts broadcast on Nashville’s WSM-650. An NBC affiliate later aired a half-hour segment nationally on Saturday nights. To curb attendance, an admission of 25 cents was charged, but that didn’t deter anyone.

To accommodate ever-growing throngs of fans pouring in from four states, the Opry eventually relocated to the Ryman Auditorium on Fourth Avenue near Broadway in downtown Nashville. It stayed put until 1974, when it moved to a 4,400-seat facility on the city’s outskirts. The Ryman remained shut for more than a decade before Gaylord Entertainment did a full restoration and reopened it as a museum and concert hall.
Opry City Stage is a joint-venture of Ryman Hospitality Properties (RHP) and New York’s SPK Hospitality Group. RHP, an off-shoot of Oklahoma’s Gaylord Entertainment, owns the Grand Ole Opry, the Ryman, WSM, and, among its resorts, Nashville’s mega Opryland Hotel.
For more information and scheduled entertainment, visit www.OpryCityStage.com.

Ellis Nassour is an Ole Miss alum and noted arts journalist and author who recently donated an ever-growing exhibition of performing arts history to the University of Mississippi. He is the author of the best-selling Patsy Cline biography, Honky Tonk Angel, as well as the hit musical revue, Always, Patsy Cline. He can be reached at ENassour@aol.com.
Facebook
Twitter
Pinterest
Previous articleCareless Driving, Embezzlement, and More in Today's Crime Report
Next articleUM's Kylan Becker, Elantra Cox Named to Preseason All-SEC Softball Team

Ole Miss completed the sweep of the Missouri Tigers with a 60-53 win in Columbia on Tuesday night.
Read more
Government

Bobby Harrison and Geoff Pender/Mississippi Today A sweeping bill that would eliminate Mississippi’s personal income tax and cut the sales tax on groceries in half while increasing...
Read more
Featured

VIDEO: A Day in the Life of a UM Cheerleader

Jane Rob Pannell/Oxford Storiesjrpanne1@go.olemiss.edu https://www.youtube.com/watch?v=u-tXh4UL-sQ&feature=emb_logo Although the life of a normal college student seems crazy and hectic, it doesn’t compare to the life of an Ole...
Read more
Latest Videos