The Oxford Man Who Brought Down Big Tobacco Asks: Are Opioids the New Tobacco? 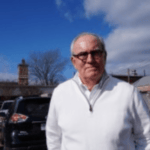 Dick Scruggs is an American former A6A naval aviator and prominent trial lawyer who represented the state of Mississippi against the tobacco companies in the 1990s.
For questions or comments, email hottytoddynews@gmail.com.