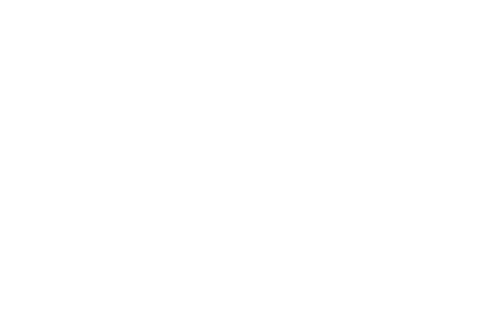 During a quiet dinner here at a usually packed downtown restaurant rendered nearly vacant by spring break, I had an opportunity to break bread with one of the most fascinating and controversial figures in American politics in the last half-century – Karl Rove.

Rove, 67, served as senior advisor to President George W. Bush from 2000–2007 and deputy White House chief of staff from 2004–2007. During his tenure with Bush, Rove oversaw the White House offices of Strategic Initiatives, Political Affairs, Public Liaison, and Intergovernmental Affairs.
In a 2010 New York Times Sunday book review, the “myth” of Rove’s reputation was described as “a mashup of Lee Atwater, Machiavelli, and Satan.” The quiet, unassuming man sitting in a booth across from me in Restaurant Tyler slicing into a pork chop and talking politics was not at all that menacing.
Polite, personable and more deeply conversant about the current Mississippi political landscape than I would have imagined, Rove exudes confidence, competence, and comfort in his own skin. He is direct, but not mean-spirited. And he enjoys the rough-and-tumble of retail politics.
These days, the Colorado native is under contract as a contributor to Fox News and is a Wall Street Journal opinion columnist. Additionally, Rove has written a New York Times bestselling book that drew solid reviews both from friend and foe alike. That book was a surprisingly revealing 2010 memoir entitled “Courage and Conviction: My Life as a Conservative in the Fight.”
Rove’s second book was his fine 2015 historical analysis “The Triumph of William McKinley: Why the Election of 1896 Still Matters” – a valuable and nuanced examination of the landmark presidential campaign between Republican McKinley and Democrat Williams Jennings Bryan.
The prospect of a third Rove book – this one an as-yet untitled historical analysis of presidential decision-making – brought him to Mississippi State University’s Ulysses S. Grant Presidential Library to conduct research. Rove said his Grant research centered on the “Gilded Age” president’s 1874 decision to veto the so-called “inflation bill” after the Panic of 1873.
Despite the withering criticism leveled at Rove and the man he first helped attain two terms as governor of Texas and then two terms in the White House after the tumultuous 2000 presidential election and the arduous legal challenges in Florida that ensued by Democrats, it’s now beyond interesting to view the work and political decorum of Rove and President Bush through the spinning kaleidoscope of the Trump Administration and the political philosophies espoused by now-exiled former Trump svengali Steve Bannon.
Asked about the future of the Republican Party, Rove said he couldn’t predict the outcome of the ongoing national battle between the Republican establishment and the Tea Party movement.
But in talking about current politics in Mississippi, Rove is extremely conversant. As far back as the 2014 Mississippi Republican U.S. Senate primary battle between U.S. Sen. Thad Cochran and Tea Party favorite state Sen. Chris McDaniel of Ellisville, Rove drew fire from McDaniel and his followers as a supposed part of the vast GOP Establishment conspiracy to keep McDaniel out of Washington.
In assessing McDaniel’s latest moves, Rove believes McDaniel would have lost a heads-up GOP Senate primary with incumbent Mississippi Republican U.S. Sen. Roger Wicker. From an organizational and fundraising standpoint, Rove said Wicker had “done all the rights things” to nail down a re-election win.
Rove noted that many of the political action committees or Super PACs that had lavished money on McDaniel in 2014 aren’t likely to repeat that investment “because they just don’t have that kind of money right now” and because of McDaniel’s missteps.
Key among Rove’s observations regarding Mississippi’s now-two U.S. Senate races is the decision by McDaniel’s Tea Party forces to confront popular Republican Gov. Phil Bryant with demands to appoint McDaniel to fill Cochran’s unexpired term. Of course, that reaction had already made it around the track in Republican circles in Mississippi before Rove arrived.

Sid Salter is a syndicated columnist. Contact him sidsalter@sidsalter.com.
Editor’s Note: The views and opinions expressed in this article are those of the author and do not necessarily reflect those of other staff and/or contributors of HottyToddy.com. For questions, comments or to submit your own guest column, email hottytoddynews@gmail.com.

As sights and sounds of spring – such as flowers budding and baseball bats cracking – get underway, two University of Mississippi organizations are...
Read more
Things To Do

The Ole Miss men’s basketball team is preparing to take the court inside the Pavilion for the final SEC regular-season game against the Vanderbilt...
Read more
Basketball

Ole Miss Advances to the Quarterfinals After 69-60 Win Over No. 13 Arkansas