The University of Mississippi’s Department of English and the Center for the Study of Southern Culture will present the 45th Annual Faulkner & Yoknapatawpha Conference Sunday, July 22-26. Coordinated by the Office of Outreach and Continuing Education, the weeklong series of events will explore author William Faulkner’s literary relationship with slavery, producing discussions about African-American history in Mississippi and the city of Oxford.

Faulkner rarely demonstrated interest in addressing the topic of slavery in his early publications, according to the conference’s website. However, after moving his family in 1930 to the antebellum plantation that became internationally-known as “Rowan Oak,” the author began to incorporate topics of African-American history and slavery into his writing career.


Author Ralph Eubanks, who serves as a visiting professor of English and southern studies at the University of Mississippi, will be presenting “Slavery and Descendants” and “Faulkner, Slavery, and the University of Mississippi” seminars at the conference. He said he believes the [conference] discussions hold the potential for Oxford and university members to understand the context of slavery within the local community’s history.
“Slavery’s role in the founding of the [University of Mississippi] is not unknown or a recent historical discovery, but it’s been largely unspoken and unacknowledged,” Eubanks said. “The [combined] discussions of Faulkner, slavery, and the university should help facilitate an understanding of the role African-American labor played in the founding of the university.”
The week’s schedule includes an opening reception, keynote addresses, and buffet supper at the University Museum and Rowan Oak, as well as a comprehensive display of Faulkner’s manuscripts, books, photographs, and other personal items at the J.D. Williams Library. Other events include daily lectures and panel discussions, a picnic on the grounds of Rowan Oak, and an afternoon cocktail reception at the historic Oxford University Depot.
The conference will also feature daylong, guided tours of the university and north Mississippi towns that are intertwined with the state’s African-American and slave histories. University of Mississippi Instructor of Sociology and Anthropology Scott Barretta will be leading a group through the Mississippi Delta. The troop will visit various blues and Civil Rights sites, as well as dine at the Lebanese restaurant “Chamoun’s Rest Haven,” to illustrate the ethnic diversity of the region. 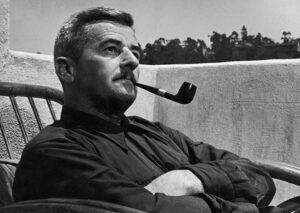 “[Slavery] is from the pre-Faulkner era, but the discussions and tours will allow us to have a deeper understanding of the world that Faulkner inhabited, as well as raise attention to the work and lives of the people who literally built the buildings at Rowan Oak and the broader campus,” Barretta said. “They tend to be left out of, or minimized, in stories about the past and this is a way of giving them a voice.”
Several new excursions were added this year in order for guests to gain a better understanding of the history of slavery, including an archeological and architectural session at the Rowan Oak property.
Jeffrey Jackson, chairman and professor at the University of Mississippi’s Department of Sociology and Anthropology, believes that the new findings by the university’s anthropological and archeological teams and the UM Slavery Research Group will allow visitors to “dig deeper” into their own histories.
“Rowan Oak is not only a part of our campus, but a part of our town, and the research that’s being presented allows us to know more about the property’s African-American and slave history in the pre-Faulkner period,” Jackson said. “We’ve never really gotten to tell [their] story there, and the research of the bricks, boards, and paint of Rowan Oak point us to enslaved peoples’ lives and help us to discover the relationships they had with those that lived in the house.”
Faulkner’s literary success and historic imprint on Oxford, coupled with the African-American sources that inspired him, present challenging and informative ways to engage conference visitors and locals alike.
“Literature helps us understand our place in the world, and Faulkner helps understand the psyche of the South,” Eubanks said. The programming makes the conference accessible to all, from readers to scholars.”
University of Mississippi Graduate Instructor Laura Wilson represents a new era of Faulkner scholars, bringing modern insight to a nearly 50-year-old event. Her participation on concurrent panels, including “Faulkner and African-American Representation of Slavery,” and “Slavery and its afterlives in ‘Go Down Moses: Traces and Testaments” showcases the spectrum of expertise that is offered throughout the week.
“With all the talks of contextualization over the last year, it’s important for the community to learn about slavery’s legacy and history through a modern lens,” Wilson said. “The programming that’s going to be offered makes the issue more localized, and with an author who casts such a large presence in the community, it’ll be inspiring to study the [oftentimes] minor voices of enslaved people.”
For more information, and for how to register, visit their website.
Facebook
Twitter
Pinterest
Previous articleOxford Crime Reports for Thursday, July 20, 2018
Next articleOn Cooking Southern: Beat Summertime Heat With Stick Food