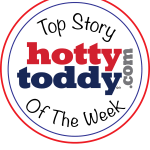 Ole Miss freshman left-hander Doug Nikhazy was named SEC Freshman of the Week by the conference office on Monday.

Nikhazy was an integral force on the mound Saturday against the Florida Gators in a 16-4 victory. He worked six innings and only allowed one run.

Ole Miss has won all three games the Windermere, Florida native has started in SEC play. In his SEC debut two weeks ago at Missouri, Nikhazy took a no-hitter into the seventh inning and finished with no runs allowed on just two hits to earn the win. In that victory, Nikhazy became the first Rebel freshman to start a shutout in SEC play since Drew Pomeranz on April 5, 2008, against Vanderbilt.

On Saturday against the Gators, Nikhazy allowed just two hits his first time through the lineup.