On Friday, April 26, author Helen Ellis will be at Square Books to promote her new book of essays “Southern Lady Code”—a book that tells stories of how to truly act like a lady from the South.

Starting April 16, readers can obtain a copy of the book before her visit to Oxford, according to Todd Doughty, executive director of publicity for Ellis’s publisher Doubleday.

“The collection covers everything from marriage and manners to thank-you notes and “The Bachelor,” as well as ghosts, gunshots, gynecology, and the Calgon-scented, onion-dipped, monogrammed art of living as a Southern Lady,” Doughty said. “Anyone can learn how to speak “Southern Lady Code,” a technique by which, if you don’t have something nice to say, you say something not so nice in a nice way.”

Ellis was born in Alabama and made frequent visits to Mississippi to see family while growing up before she moved to New York to pursue graduate school. Her first novel “Eating the Cheshire Cat” was published in 2001, but after her next three books were rejected, she largely left writing until 2014 when she started a Twitter account.

“People would say ‘what do you do,’ and I wouldn’t say writer because I hadn’t published anything in 14-15 years, so I would say the truth: housewife,” Ellis said.

However, Ellis said many would ask a follow up question, ‘What do you do all day?’ Not knowing it would lead her back to writing, Ellis started a Twitter account dubbed ‘@WhatIDoAllDay.’

“That’s how I started writing again, and I taught myself to write in a different way,” she said. 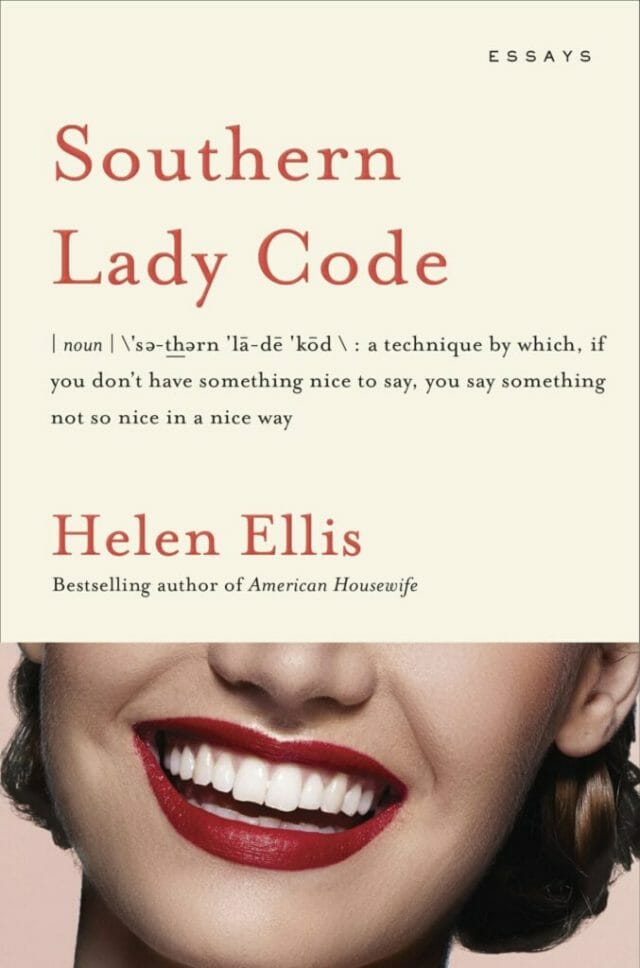 Writing non-fiction is fun because she does not have to make up the stories and has a life of stories as a 48-year-old, compared to a 28-year-old writing fiction, Ellis said. Her new way of writing lets her southern heritage shine.

“What I learned to do is to trust my voice,” Ellis said. “My family has been in the south for 100s of years, and southerners have a particular way of telling a story a drawn-out, comical, sharp way. I don’t sound like everybody around me. I stay true to telling a story, but with a little spit and polish on the paper. I want to be funny, honest and kind. I was raised in the south, and when I left the house, my mother said ‘Don’t be ugly,’ meaning be nice, don’t be rude, don’t be unkind to people, so I kept that as a mantra. Every essay in the book is a love letter to someone, my husband, my family, my friends, and to myself.”

Ellis said she looks forward to returning to the South on her book tour, and Square Books in particular, as they hosted her while promoting her first book.

“I will always hold Square Books in high regard for that,” Ellis said. “I was straight out of the gate, and they showed me a great time. It’s been almost 20 years since I’ve been there, so I’m really looking forward to going back. Square Books is an icon of indie book stores, like the Louvre in Paris, it’s an iconic bookstore.”