Letter to the Editor: Banning Kratom Will Do More Harm than Good

What in the world is Kratom and why is it in the news?

The answers to these questions and how we respond to them will either increase public safety in Mississippi or undermine it.

First, what is Kratom?

It is the dried and ground leaves of a tree found in parts of Southeast Asia. It has been used for hundreds of years for a variety of health reasons, and has become popular in the U.S. recently, often sold as a dietary supplement. In low doses, people who use it report mild pain-relieving qualities and more energy. In large doses, it can act as a sedative. Some people also find that Kratom halts the body’s opioid withdrawal symptoms, helping them discontinue opioid use.

So, why is Kratom in the news? Last April, a number of media outlets covered a report by the Centers for Disease Control that had analyzed over 27,000 overdose deaths in 2016-2017 and indicated 91 of them could be linked to Kratom. What the CDC report mentioned, but was rarely included in the media reports, is that virtually all of those 91 people had other drugs in their system.

Kratom is not illegal under federal or state law, but several Mississippi counties have recently made it a crime to use or possess Kratom, with more considering it under pressure from law enforcement and some concerned citizens.

While I sympathize with their concern for public safety, turning a person who uses Kratom into a criminal and putting that person in jail is the wrong approach. Just like any other substance, legal or illegal, Kratom can be misused and we need to treat that misuse as a public health issue and not as a criminal matter.

If we treat it as criminal, we will undermine public safety. Here’s why:

First, banning a popular substance does not make it disappear. It simply transfers the substance from a legal market, where we have the option to regulate it, to the black market where we have zero regulation. This market transfer increases crime by providing a revenue stream that entices people to break the law to get a share of the profits. This decreases public safety.

Second, criminalizing a substance makes it more available to our children. In a regulated market, we can set age limits for purchasing. Certainly, some youth find their way around that, but most legal retailers are checking IDs. On the street corner, no one is. A 13-year-old and a 33-year-old have the same access to prohibited substances, and those substances are available on the streets of every town in America today. This decreases our children’s safety.

Lt. Eddie Hawkins, with the Mississippi Bureau of Narcotics, was recently quoted in The Daily Times Leader stating his concern over the way Kratom is currently sold. “There’s no quality control, no dosage limits, no age limits.” He’s right, but criminalizing it ensures that those things continue.

Third, the black market sells any concoction they want, with a strong profit incentive to pack the biggest punch in the smallest package to avoid detection while smuggling. This lack of regulation over purity and potency is how we got fentanyl-laced substances on the street.

In a recent interview published by the Hattiesburg American, alerting the public to fentanyl-laced meth in the Pine Belt, John Dowdy, Director of the Mississippi Bureau of Narcotics, said, “People need to understand – if you’re buying any kind of narcotics on the street – whether you think it is a legal prescription or not – you’re basically playing Russian Roulette.”

While we may categorically disagree on the best path forward, I wholeheartedly agree with him that using unregulated substances is like playing Russian Roulette. This reality should make us take a long pause and ask ourselves why on earth we want our loved ones playing Russian Roulette with yet another substance, when we’re losing so many people to overdoses already from unregulated drugs they bought on the street.

It is human nature to want a quick and simple solution to every problem. But the quickest path to making Kratom dangerous is to send it into the free-for-all of the black market. If we want to reduce harm and increase public safety, we have to keep Kratom legal. Let’s age-restrict it behind a counter, not send it to the street corner. 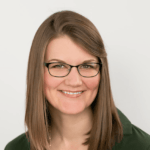 Christina Dent is Founder of End It For Good, a conservative nonprofit advocating for health-centered approaches to drugs. She lives with her family in Ridgeland.