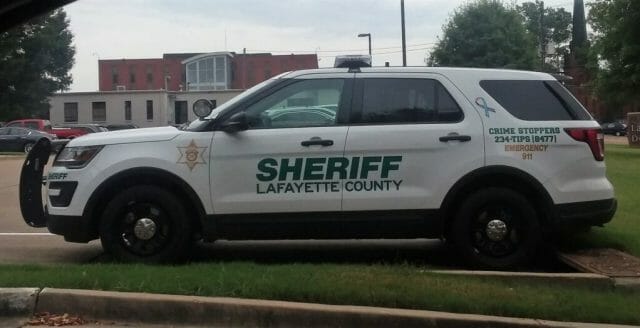 The Lafayette County Sheriff’s Department is looking to add eight additional staff members, including six deputies and eight vehicles to its fleet to accommodate the county’s growing population.

On Wednesday, Interim Sheriff John Hill met with the Board of Supervisors for the first round of budget meetings that will continue over the next few weeks.

About $342,000 of the increase will go toward raises for deputies.

Hill is also asking for eight new positions, including bringing back the deputy chief position at an $84,000 a year salary.

Other new positions requested include a school resource officer for the new Lafayette Elementary School, a training officer, an evidence officer, a warrant officer and a courtroom officer.

Jail Administrator Johnny McDonald presented the budget for the detention center on Wednesday as well. His $4.2 million budget is an increase over the current year’s $3.6 million budget.

Much of the detention center’s budget increase is also due to raises and adding additional staff. McDonald is asking to hire eight additional jailers, two per shift, at salaries starting at $33,688 annually.

“With the sheriff’s department moving next door, we’ll need the additional jailers at the jail,” McDonald said.

“We were getting a lot of complaints so we redid the menus and it increased our food costs to about $4,500 a week,” he said. “The first thing that will cause a riot is problems with the food.”

The Board also reviewed the budget for the county’s 911 dispatch department. The budget being requested is $864,246, up slighting from this year’s $833,075 budget.

The supervisors took no action Wednesday on the budget proposals. They will review each department’s budget and after any suggested changes, will vote to approve the entire budget for the county by Sept. 15.

The next budget meeting will be at 8 a.m. on Friday at the Lafayette County Chancery Building where the Road Department will present its budget.