This year’s Double Decker Arts Festival features several regional performers as well as nationally-known headliners. Here is this year’s schedule and bios for each band.

All five members of Rainbow Kitten Surprise hail from the mountains of Boone, North Carolina. With chilling harmonies, dynamic instrumentation and introspective lyrics, their genre-defying sound takes influence from artists like Modest Mouse and Kings of Leon as much as Frank Ocean and Schoolboy Q. Independently, they have over 75 million streams across digital platforms and notched over 45 sold out shows on their first U.S. headline tour. Their engaging distinct live performances have led to stand out sets at festivals such as Bonnaroo, Firefly, Shaky Knees, Hangout, Sasquatch and Austin City Limits, among others. The band worked with GRAMMY award-winning producer Jay Joyce (Cage the Elephant, Sleeper Agent) on their Elektra debut, How to: Friend, Love, Freefall, available everywhere April 6.

St. Paul & The Broken Bones
St. Paul & The Broken Bones formed in 2012 in Birmingham, Alabama. They released their debut album Half the City in 2014 and its follow up, 2016’s Sea of Noise, to much acclaim. Those strong efforts helped place them on the national scene, and the band worked hard to prove they were no mere retro-soul band—from touring the world relentlessly, including being selected to open for The Rolling Stones and headlining two nights at the Ryman Auditorium, to TV appearances including The Late Show with David Letterman, Jimmy Kimmel Live, Conan, Austin City Limits two appearances on The Late Show with Stephen Colbert, one being the very first episode. Paul Janeway’s fearless showmanship, thoughtful lyrics, and dedication to his performance soon became the band’s calling card, and paired with the inventive and skillful direction of co-band leader Jesse Phillips as well as a full eight-man roster comprised of some of the best young instrumentalists in the South, they soon became a must-see event.

Toots & The Maytals
Toots is one of the true architects of reggae – so much so that “Do the Reggay,” a 1968 single by Toots and his group, the Maytals, is credited with giving the genre its name. Classic songs written and recorded by Toots and the Maytals have been covered by the likes of the Clash and the Specials, and the group was featured in reggae’s greatest breakthrough event –“The Harder They Come,” the 1972 film that became an international sensation.The all-star guests on TRUE LOVE range from legends like Keith Richards, Eric Clapton, and Bonnie Raitt to younger stars including No Doubt, the Roots, and Phish’s Trey Anastasio. The caliber of these collaborators reveals the impact that Toots has had on several generations of rockers and rappers, while appearances from reggae icons Bunny Wailer and Marcia Griffiths show the respect granted to the man who might be the music’s greatest living vocalist. At the heart of it all is that voice –drenched in soul, rooted in gospel, and still breathtakingly powerful after almost four decades in the spotlight. 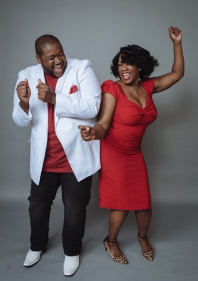 The War and Treaty
Michael and Tanya Trotter took distinctly different paths to become The War and Treaty. Growing up in a tight-knit community just outside of Washington, D.C., Tanya had a voice that was already hinting at the force it’d become: honeyed and bold, guttural but angelic. She’d discovered writing, too, and every blank space was an opportunity. Michael spent part of his childhood in Cleveland before moving to Washington, D.C. He enlisted in the United States Army in 2003. He was sent to Iraq and was stationed where he had access to a piano that had emerged miraculously unscathed. A captain heard him play and sing with his once-in-a-generation volcano of a voice, and he encouraged Michael to pursue music. When Michael returned home, he was booked on a festival that also featured Tanya Blount. Today, they’re married and have created a 6-year-old son and a powerhouse duo. When The War and Treaty stepped up to fill an ill Buddy Miller’s spot at the 2017 Americana Music Festival & Conference, jaws at the Cannery Ballroom in Nashville collectively dropped.

Chris Knight
Chris Knight (born June 24, 1960) is an American singer-songwriter from Slaughters, Kentucky. In addition to releasing solo records of his own material, Knight has had a successful career writing songs that have been recorded by Confederate Railroad, John Anderson, and Randy Travis among others. For the past 20 years, Chris Knight has only made music his own way. He’s released eight acclaimed albums, played thousands of electrifying live shows and built generations of fervent fans from Texas honky-tonks to Manhattan rock clubs. He’s been hailed as “the last of a dying breed…a taciturn loner with an acoustic guitar and a college degree” (The New York Times) and “a storyteller in the best traditions of Mellencamp and Springsteen” (USA Today). Bottom line, he’s hard-earned his reputation as one of America’s most uncompromising and respected singer/songwriters. And now with Almost Daylight, Knight delivers the most powerful – and unexpected – music of his career.

Maggie Rose
Exceptionally versatile singer-songwriter Maggie Rose released her highly anticipated album, Change The Whole Thing, September 21, 2018. Rose marked major milestones with first-time performances on NBC’s “Today Show,” Southwest’s Live at 35, a debut at AmericanaFest with a show-stopping performance as part of WMOT/NPR’s Wired In series, AOL Build, Paste Sessions and more.
Critics raved about her live performances including Rolling Stone who named her in their list of 20 Must-See Acts. Critics applauded Rose’s independent rise, after nearly a decade at various labels, both independent and major, and her ability to transcend genres performing with a range of artists. This past year, she toured nationwide on her headlining Change The Whole Thing tour, and made first-time festival appearances aboard the Cayamo Cruise, Peach Music Festival, and opened select tour stops with Rock icons Heart and Joan Jett and The Blackhearts, and pop superstar Kelly Clarkson. 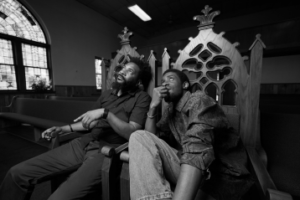 The Sensational Barnes Brothers
Chris and Courtney Barnes, Memphians and full-time musicians, have a sound that embodies every Memphis style. Their debut LP Nobody’s Fault But My Own is the first release of the new Bible and Tire Recording Co. label, produced by Bruce Watson of Bible and Tire Recording Co./Big Legal Mess Records at Delta-Sonic Studios in Memphis. It was chosen from the oft-forgotten 1970s catalog of the Designer Records label, but it could well have been written by the Barnes family themselves. For there, in a nutshell, are all the bonds that hold them close. Music has been a family affair for the Barnes. The brothers’ parents Duke and Deborah Barnes became a sought-after duo around Memphis before letting the boys join in. By the 1990s, their diverse musical talents steadily encouraged and coached by the parents were assembled into a performing group in their own right, known as Joy. 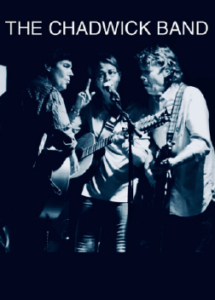 Chadwick Band
Oxford’s own Chadwicks – Billy, Barney, and Julie-have been making music and writing songs for over forty years. In the late 70’s and 80’s, in collaboration with songwriter and cousin Vernon Chadwick, they recorded over 30 original songs at famed Malaco Studio in Jackson, ranging from beautiful ballads to edgy political commentary. With the addition of percussionist Ricky Burkhead, “The Chadwick Band” combine rich harmonies and their joy of
playing to bring these songs to life.

Sweet Crude
The members of Sweet Crude all hail from South Louisiana, a region which still holds onto its unique culture and way of life stronger than anywhere else in the United States. That said, many of those elements are fading with time as American culture gradually becomes more homogenized. This trend can be seen most directly in the gradual fade of the Louisiana French language. The members of Sweet Crude grew up with grandparents and great grandparents that spoke the region’s native dialect as their first language, yet with each successive generation, that language gets lost to time. Instead of singing the language in its usual music genres, zydeco and cajun, Sweet Crude draws on their own influences coming mainly from New Orleans music, pop, and indie rock to produce a sound that is accessible to today’s generation. In essence, they are taking the language out the museum, weaving it in with English, and giving it fresh legs and relevancy for years to come.

The New Respects
The New Respects are a high-energy throwback rock and soul quartet comprising siblings Alexandria, Alexis, and Darius Fitzgerald, and their cousin Jasmine Mullen.

Drew Holcomb and The Neighbors
Drew Holcomb and the Neighbors is an American act hailing from Nashville, Tennessee. Drawing influence from Tom Petty and Bob Dylan, Drew Holcomb has found his place in today’s landscape of singer/songwriter Americana. He and his band have developed their sound through extensive touring, performing alongside Amos Lee, Willie Nelson, John Hiatt, Needtobreathe, Ben Rector, Don Henley, and more. The band has sold over 150,000 albums to date and played over 2,000 concert dates in seven countries. Their songs have received over 60 TV placements, appearing on “How I Met Your Mother,” “Criminal Minds,” “Parenthood,” “Nashville,” “HOUSE,” “Justified” and more.

The Lafayette County Sheriff's Department has arrested a 19-year-old man from Water Valley who was wanted in connection with an Oklahoma shooting.
Read more
Crime Report

The attorney representing accused killer Matthew Kinne is asking the Lafayette County Circuit Court to grant a psychiatric examination and a hearing to determine if the former police officer is competent to stand trial.
Read more
Headlines

Local law enforcement agencies met Tuesday during a press conference to explain why they support the less-broad Alternate 65a that could establish a medical marijuana program in Mississippi.
Read more
HottyToddy TV
00:01:31

The Lafayette County Sheriff's Department has arrested a 19-year-old man from Water Valley who was wanted in connection with an Oklahoma shooting.
Read more
Crime Report

The attorney representing accused killer Matthew Kinne is asking the Lafayette County Circuit Court to grant a psychiatric examination and a hearing to determine if the former police officer is competent to stand trial.
Read more