A Breath of Aer 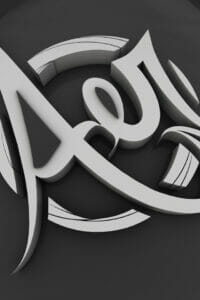 By Tad Wilkes
tad.wilkes@hottytoddy.com
David von Mering and Carter Schultz of Wayland, Massachusetts, create music that finds its roots in reggae, acoustic pop and indie rock, with smooth guitar riffs and a strong rap component. Aer has gone on multiple college tours all over the country and sold out headline shows at Gramercy Theatre in New York City, the Middle East Downstairs in Boston, Jammin’ Java in Washington, D.C., and Cervantes in Denver.
Tuesday, November 13, they bring the mix to Proud Larrys’, with opening act Yonas.
Aer’s mix tape The Reach, which was sponsored by popular college music blog Good Music All Day, has amassed more than 90,000 downloads since its May 9, 2011 release. Their latest release, EP What You Need, was the No. 1 album on the iTunes hip-hop charts, and also made it in the top ten on the iTunes overall album charts. Aer has shared the stage with the likes of Mac Miller, Shwayze and Cisco Adler, Hoodie Allen, OCD: Moosh & Twist, Ballyhoo!, Cris Cab, as well as ASAP Rocky, Action Bronson and Iggy Azalea when they played all three days of Bamboozle in Asbury Park, New Jersey. The summer of 2012 was spent on the road with OCD: Moosh & Twist visiting 37 cities across the United States.
The group’s debut album The Bright Side, released this summer, followed the release of the single “Floats My Boat” which was featured on the likes of 2dopeboyz, Complex, Hip Hop DX, The Source, DJ Booth, Good Music All Day, and This Song Is Sick. The Bright Side quickly rose to No. 1 on iTunes Album Charts, and Aer is going on a 42-date nationwide fall tour.
Hailing from the Bronx, Yonas is one of hip-hop’s most hyped emerging artists. In 2009, Yonas won a Billboard songwriting award for “Banga.” Additionally, his hit single “Shy Kidz” was featured on MTV as well as Fuse TV.