Hailman to Sign Book About Bad Guys and Investigations 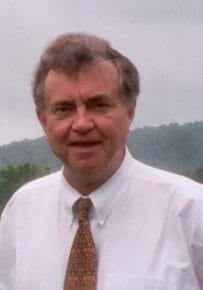 From Midnight to Guntown recounts tales humorous and tragic

As a federal prosecutor in Mississippi for over 30 years, John Hailman worked with federal agents, lawyers, judges, and criminals of every stripe. In From Midnight to Guntown, he recounts amazing trials and bad guy antics from the darkly humorous to the needlessly tragic. Hailman will sign the book and talk about his experiences at Off Square Books, April 17 at 5 p.m. on the Oxford Square.

Several of his defendants and victims have since had whole books written about them: Dickie Scruggs, Emmett Till, Chicago gang leader Jeff Fort, and Paddy Mitchell, leader of the most successful bank robbery gang of the twentieth century. But Hailman delivers the inside story no one else can. He also recounts his scary experiences after 9/11 when he prosecuted terrorism cases.

Hailman presently is an Overby Fellow at the Meek School of Journalism & New Media at the University of Mississippi and an adjunct professor of law.