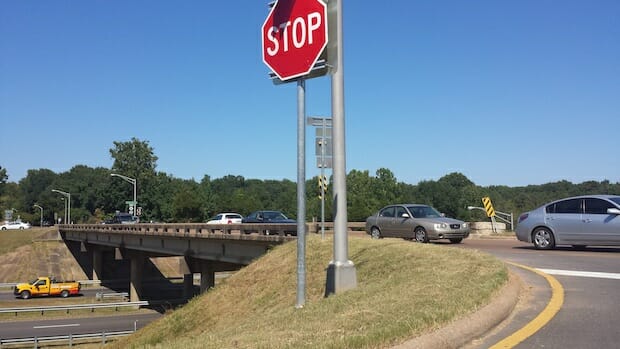 Whether you’re exiting or entering Highway 6, this intersection has no stoplights and only two stop signs. The traffic regulation here can best be described as a free-for-all. This one road is a primary route for thousands of students who live along Old Taylor, and the morning and evening commute is surely an experience. One has to look out, not only for cars and buses, but also for pedestrians and bikers all trying to get across a two-lane bridge over Highway 6, coming to or from the Ole Miss campus. Any way that you approach this intersection is a hassle. 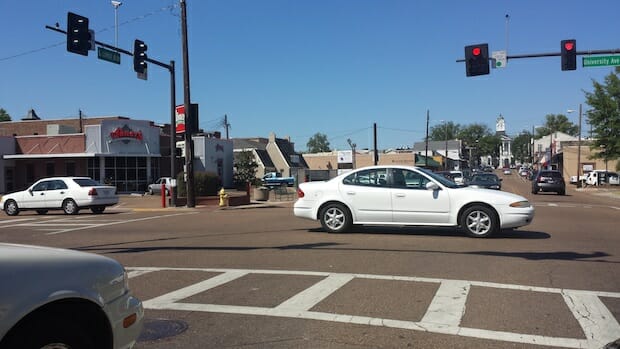 The Chicken-on-a-Stick Chevron, Abner’s and Sonic are just some of the reasons why this is one busy intersection. It’s a main route into the Square from Highway 6, which means you can often sit in traffic for several minutes — especially during the 5 o’clock “rush hour” and on game day weekends. 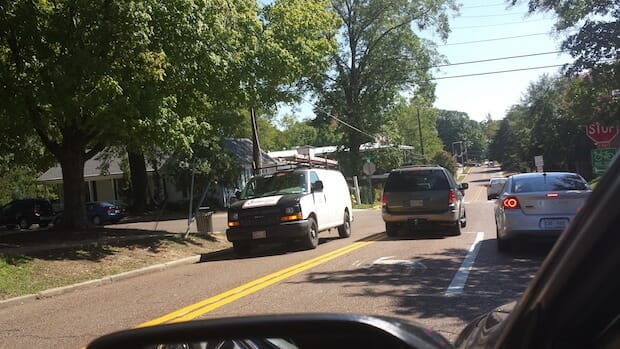 If you’re trying to buy books or getting a bite to eat on the Square, this intersection is the worst for those coming down Jackson Avenue.  The four-lane road narrows to two and then you’re forced to turn left or right — which often leaves you stuck in yet another stream of traffic. 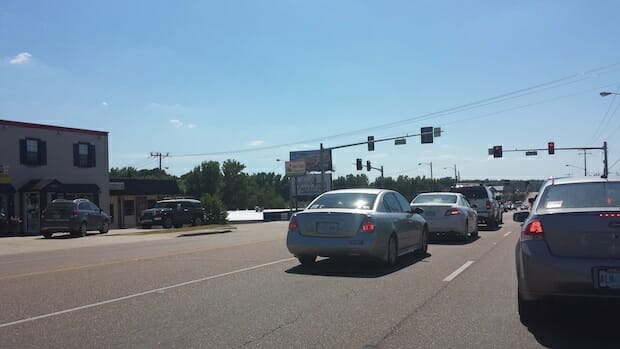 OK, we cheated — this is actually a series of trouble spots.  Around this particular group of intersections there are five student living properties that house a total of about 2,000 Ole Miss and Northwest students. There are also three stoplights on this route, as well as stores and restaurants that bring students, their friends and families in by the carload to clog up the road. 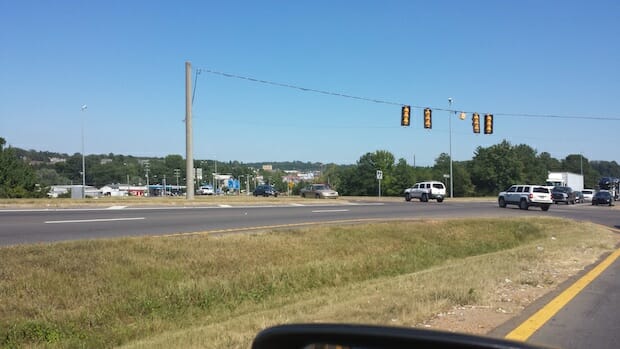 This intersection is the first, most obvious entrance to the city from Highway 6.  Though it’s not surrounded by much at all, this intersection still makes the list — especially on game day weekends.

The Mississippi Department of Transportation has plans to replace the interchanges on Highway 6 at both Jackson Avenue and Old Taylor Road.  As far as the rest of the intersections are concerned, you’re on your own!