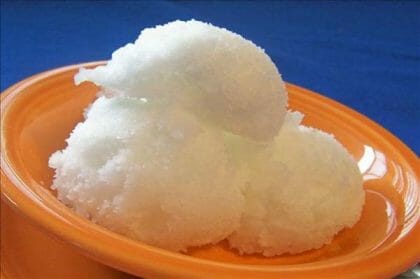 Growing up down South, I never cared for cold weather and the older I get, the more I hate winter. My bones ache and my feet, hands and nose never seem to get warm enough.

Why is it that 68-degree-weather in the spring and fall feel wonderful but 68 degrees on the thermostat in my bedroom in the winter seems to be so cold. To get ready for bed, I sometimes bundle up in two layers of PJs and socks. I’ve even been known to put on gloves and a cap.

I know your saying, “Just raise the temperature on the thermostat, silly.” Well, guess what doesn’t even work!

However, I do love the snow when it first falls and I get to stay inside. Back in my days in Memphis, it rarely snowed. When the ground had a bit of white barely covering the grass, the snow soon melted.

About 20 years ago we had a big snow here in New Jersey. Being snow-bound, I called my mother in Memphis and asked how she used to make snow ice cream on those rare occasions when the white stuff did stick down South. She gave me suggestions that I quickly followed and later took the vanilla snow ice cream for the three-year-olds in my Sunday School class. What a hit!

Recently, I scooped up some fresh snow and made ice cream for dessert. My friend Ken first questioned if it was something that had been in the freezer too long. I assured him I had just made the dessert. Although he grew up in Syracuse, NY, with lots of snow, he had never eaten snow Ice cream and was not impressed with my efforts.

This is a fun recipe to try on the young and the old. Just be sure the snow is white and not yellow when you scoop it up.

NOTE: Instead of vanilla, I added two teaspoons of lemon flavoring. Actually, I think a tablespoon would have added more zip.