Buck Cunningham sliced into Oxford’s demand for cuts in 2009 and hasn’t looked back.

Oxford got a meat market because, doggonit, it needed one.

Buck Cunningham graduated from Ole Miss 2003 in civil engineering before earning his master’s degree at Vanderbilt in 2005 and moving to Durango, Colorado, where he worked as a design engineer for a year and a half. Then his wife’s work as a nurse took them on a journeyman’s tour, posting up in Montana and then Pismo Beach, California, for five months each, then Memphis.

One of the top five basic things Cunningham and his wife would seek out in each town was a butcher shop.

The pit-stopping finally came to rest in Oxford, where his wife got on at Baptist.

Upon moving to town, they wanted to cook a steak. “We left the grocery store unsatisfied,” he says. Meanwhile, engineering opportunities for Cunningham were in short supply here. 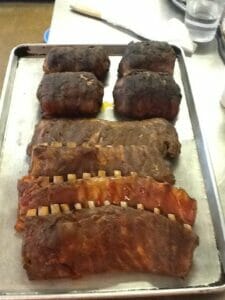 And so it was that a man who’d never worked one day in a restaurant, grocery, or meat market decided to open a meat market, offering cuts of beef, pork, chicken, duck, lamb, housemade sausage, and more.

“It was more a business decision than a love of meat at that point,” he says. “It was a calculated risk … I figured I had the skills to open it and run it, and I figured the town needed it. A town of 10,000 needs a place where you can walk in and get a piece of meat cut.”

Cunningham was wise enough to enlist help. “I run and manage this place,” he says. “Meat cutting is not rocket science, but I am not a butcher. We don’t have a butcher on staff. I wouldn’t insult a butcher by saying I am a butcher. When I opened the meat market, I hired guys who knew what they were doing [with meat market experience].”

LBs opened in November, 2009 after seven months of work and planning to get to that point. But the work had only just begun.

“We would open with two of us,” he recalls. “We’d do all the work, cut all the meat, dirty up everything, lock the door, take about about a 10-minute break, and then we’d clean everything up. We were here until midnight for three months, two guys.”

After that, Cunningham hired a third employee in order to branch out into cooked foods, to-go. 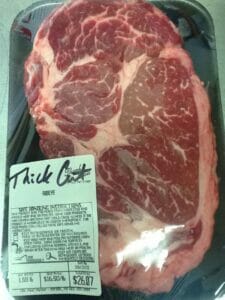 The LBs concept is going well—so well that Cunningham says, “I’d have to make a mistake now for it not to work.”

The food has evolved since opening, but LBs has always put a decided cajun flair into some of the meats, which Cunningham credits to Jason Ezell, a meat market vet he hired at the beginning who has since moved on. LBs continues to make its own boudin, stuffed meats, and other items with a cajun lean.

Cunningham pays attention to customer demand, stays flexible, and uses locally sourced meats as much as economically feasible. “That’s what people want, and that’s what we want,” he says. “One out of every six people want to know where the meat came from.”

LBs also offers small servings. For example, customers may buy one chicken breast rather than a pack of them, or grab just a quarter pound of beef—with one slice of cheddar. “We try to personalize for single people and small families,” Cunningham explains. “You have to pay a little more for it, but you don’t have to throw anything away.”

And, of course, it’s a meat market, so if a customer doesn’t find what he or she wants pre-packaged on display in the store, LBs will cut something.

It should be noted with emphasis that LBs purveys a uniquely satisfying array of made-to-order sandwiches, plate lunches, and more during lunch, drawing from the shop’s meat resources. There’s no dining in, but customers can pick up orders to go.

LBs Meat Market is located at 2008 University Avenue East, across the street from Kroger. 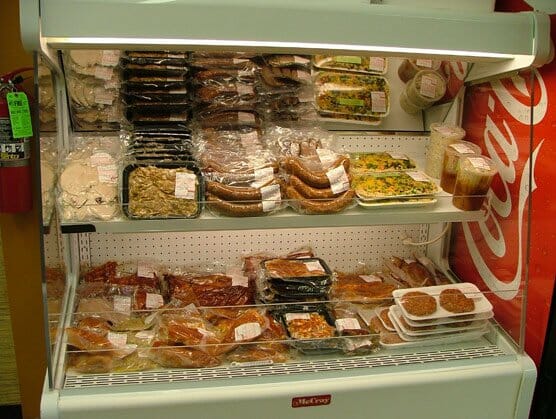