10s of Oxford Do What it Takes to Succeed

HottyToddy.com’s latest 10s of Oxford excel in the fields of sports, photography, cooking and education.

Two are women and three are men, but all our committed to excellence in what they do. The 10s of Oxford represent class, dedication and perseverance. They are the best the Oxford, Ole Miss community has to offer.

Dr. Barbara Lowe is a speech, debate and theatre teacher at Oxford High who was honored as the Educator of the year in her field by the Mississippi High School Activities Association for 2013-14.

Dr. Lowe has been teaching English and Debate classes at Oxford High School since 2004 with an additional 22 years as an educator in other school districts and educational programs.
“Her enthusiasm for her students to learn and the ability to be a part of their transformation into confident and seasoned debaters and public speakers is why she is an outstanding educator,” said Oxford School Superintendent Brian Harvey. “The Oxford School District is proud of her for this outstanding educational award. She should be commended for the hard work and energy she’s put into moving the high school’s Speech and Debate program to where it is today.”
“I debated in high school, but this was my first coaching position,” said Dr. Lowe. “When Mr. Bob King and Mr. Bill Hovious interviewed me, they asked whether or not I would be willing to teach two debate classes in addition to teaching English. I jumped at the opportunity.”
She adds that her favorite part about teaching speech and debate is teaching students to think outside of their comfort zones


Oxford native and Ole Miss graduate Joe Mac Hudspeth, Jr. moonlights as a wildlife photographer. His eye for composition in nature is strictly 10 on a 10-point scale.
His first book, In the Southern Wild, was published by University Press in 2003.
“Growing up the in hills of North Mississippi was the perfect training ground for becoming a wildlife photographer,” says Hudspeth. “At the ripe old age of 25 I happened to come up on a sleeping owl and, creeping within a few feet of it, got the shot. It was at that very moment that I vowed to save every nickel I could to buy the camera gear I needed to become a real wildlife photographer.” 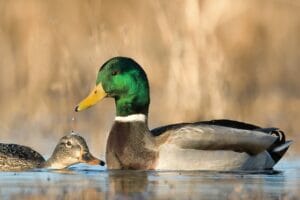 Hudspeth’s special love of waterfowl is evident in his followup book, Return to the Southern Wild, and has been well received by lovers of the outdoors all over the South since its release in 2011. The book’s images are simply stunning, which is not surprising considering the many accolades he has received over the years for his shots of wood ducks. His photographs have regularly appeared on Mississippi Duck Stamps and  Mississippi Sportsman Licenses. He was awarded the 1993 Grand Prize for Wildlife by The Roger Tory Peterson Institute for Natural History for a shot of a least bittern heron.
Those images appear in this new volume, along with striking scenic portraits and intriguing shots of everything from Mississippi deer, turkeys and alligators to wild hogs, snakes and gallinules—including the first photograph Hudspeth ever took: the screech owl he snapped with an old 110 Pocket Instamatic camera.  In a unique section at the end of the book called “How I Got The Shot,” Hudspeth retells the colorful stories surrounding a dozen photographs and what he had to go through to capture each one on film. Included is the background of most famous shot, “Top Of The Morning” which also appears on the book’s cover.


Though McEwen’s restaurant originated as a branch of McEwen’s Memphis, it quickly found its niche on the Square just two years ago under the leadership of Oxford 10, Chef Rob Rey.

“When we opened, we carried a lot of [McEwen’s Memphis] stuff, but we quickly realized we had two different markets, said executive chef Rob Ray. “We made it through the first football season, and the menu just wasn’t what Oxford wanted. It’s great food when you’re in Memphis, but we kind of had to make it our own.

According to Ray, regional dining preferences are usually easy to define.

What makes McEwen’s food truly unique evolves from Chef Rob’s dedication to using only locally produced food and ingredients for his dishes.
“Basically, when I took over, the first thing I did was get all our of our food purveyors to go through all their lists. They have thousands of items and I wanted to know what was in Memphis, Tennessee, Alabama and Louisiana,” Ray said. “I bought everything and somehow I put it on our menu. Sustainable foods are the only way you’re going to make it.”
One of McEwen’s largest local providers is Woodson Ridge Farms, the source of its daily “Farmer’s Plate” lunch special. According to Chef Ray, Woodson Ridge Farms chooses the vegetables and he makes a dish for the day. Other providers include St. Bethany Fresh in Pontotoc and High Point Coffee Brewers in Oxford.
Occasionally, Mother Nature adds a layer of complication when it comes to sustainable food supplies though. If a crop fails, then McEwen’s is out of luck. The menu is constructed seasonally, though typically a season doesn’t go by without some changes.
“People have been pretty open-minded about McEwen’s; we change our menu a lot, a minimum of four to five times a year,” Ray said. “To some chefs and restaurant owners — even customers — it’s frustrating. I love it, our managers love it, the staff loves it and our customers seem to adjust.”
For Chef Rob, commitment to sustainability and non-mass produced products is much more important than a constant supply.
“Yeah I could get carrots year round, but do you know where those carrots are coming from, because I sure as hell don’t,” Ray said. “I’d rather get my carrots from Woodson Ridge and when (the crops) fail, I’m like ‘what else you got?’”


Our next 10 is Timothy Abram, an Ole Miss senior majoring in public policy leadership.
Abram plans to enter theTeach For America program when he completes his degree in May. He is among many high-achieving Ole Miss students who are willing to forgo the traditional trajectory of their chosen career to serve as educators in the state.
These students, who take an alternate route into the teaching profession, are recruited into the TFA program and trained for placement in high-poverty schools.
“I fervently believe that educational inequity is the paramount issue we must solve as a society going forward,” Abram said. “Teach For America affords me the opportunity to play a direct role in that effort by teaching underprivileged youth, many of whom look like me.”
Like many Mississippi residents, Abram wants to see his home state improve in tackling issues such as poverty, obesity, health and educational deficiencies.
“Improving our education system is way in which we can indirectly affect each of these ills that plague Mississippi,” he said. “I hope to play a role in a movement aimed at eradicating these problems.”
After growing to more than 550 teachers in 50-plus Delta-region districts in 2012, Teach for America expanded to launch Teach For America-Mississippi in 2013, focusing on deeply impacting the state independently.

Ole Miss Senior soccer forward Rafaelle Souza is just as intense in the classroom as on on the soccer field. She has been named SEC scholar athlete of the year a second team All-America selection by the National Soccer Coaches Association of America.
Souza, who was also tabbed as an All-Southeastern Conference selection and an All-Region first team selection, helped lead Ole Miss to the most successful season in school history in 2013 and has been widely recognized for her contributions to the Rebel program.
She was also named a semifinalist for the MAC Hermann Trophy, the award presented annually to the top collegiate soccer player in the country.
Souza helped the Rebels to a 16-6-2 record and a second-round appearance in the NCAA Tournament. The 16 wins marked the most in school history, while the Rebels also hosted an NCAA Tournament game for the first time with a 9-0 win over Jackson State in the opening round.
Ole Miss finished fourth in the overall standings in SEC play with a 7-3-1 record and the squad spent seven weeks ranked in the top 25, marking the longest time spent in the rankings by a Rebel team in a single season.
Souza tallied 22 goals on the season, finishing third nationally in goals and one shy of the top spot in the country. She also finished second nationally in points with 50 after adding six assists to go along with her 22 goals. Souza finished atop the SEC standings in both categories this season.
Her 22 goals and 50 points moved her to first on the career list in both categories at Ole Miss with 44 goals for her three-year career and 107 points. Souza delivered six game-winning goals on the year and posted multiple goals in seven matches, including a hat trick against Jackson State in the NCAA Tournament opening round.
She was also named a Capital One Academic All-America selection.