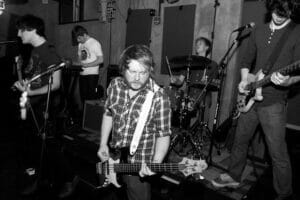 Tonight at Proud Larrys’ is a musical sandwich, with two great local acts as the bread around some New Orleans meat. Unwed Teenage Mothers headline the three-act showcase. Talbot Adams is the opener, and in between is Benjamin Booker.
Unwed Teenage Mothers have a new EP out on Speakertree Records. The band, fronted by Bass Drum of Death drummer Colin Sneed, deal in hook-heavy pop punk. Adams is no stranger at all to Oxford music fans.
Regarding Booker, Proud Larrys’ Owner Scott Caradine says, “Although this video represents the raw talent and realness of his art, the electric version he brings Friday night will absolutely blow you away.” Tickets are $8. 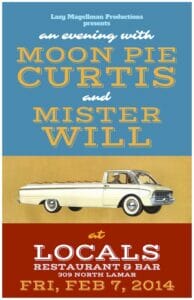 Newly opened Locals Restaurant & Bar, focused on local ingredients, presents its first night of, what else, local music, with Oxford singer/songwriter Moon Pie Curtis and partner Mister Will (Will Smith). No cover.
The Lyric Theatre brings Trinidad James to the stage. The Trinidad-bred hip hop storyteller and “Gold Gang” godfather swiftly emerged from the mines of Underground Atlanta in 2012 with the straight-forward anthem “All Gold Everything.” Tickets are $20.